Date Of Event: August 6, 2021 (the annual event is usually held the first Sunday in August)

Cost: The prices vary depending on when you go and your age. Prices can be found at the link below

Parking There was lawn parking for about a couple hundred cars

Dog Friendly: No this was not a dog friendly event

Summer, sunrises and sunflower. Who could possibly ask for more?

On August 1, he Coppal House Farm turned their farm into a sunflower paradise.

I arrived at Coppal House Farm bright and early for the “Sunrise In The Sunflowers” event which is particularly popular with photographers of all skill levels. I was surprised to see such a healthy crowd at 5:30 am. As the name of the event would suggest, the sunflowers really do pop with the rays of sun beaming on them. Initially, I was shocked to see the sunflowers were not facing the view of the sunrise. But, then it made complete sense as the sunbeams really hit the flowers and brought out their beauty. This time of day (the golden hour) is the optimal and, in my opinion, only time to photograph these flowers (except for possibly sunset).

I didn’t realize there were other types of sunflowers besides the yellow sunflowers that are so prominent.

There were also several props and decor for people to pose near for portrait shoots.

But there weren’t just sunflowers at the house farm.

There were a variety of different flowers at the farm.

There were also a few spooky trees at the event.

If you do visit Coppal House Farm don’t forget to buy a sunflower to take home or view the animals at the farm.

Dates Of Event: June 14-16 (usually annually, the second or third weekend in June)

Hours: the sculptures are accessible for viewing all day until June 27, except between 1 a.m. and 5 a.m. when the beach is closed

Tips: The sculptures will be able to be viewed at night when they illuminate the area 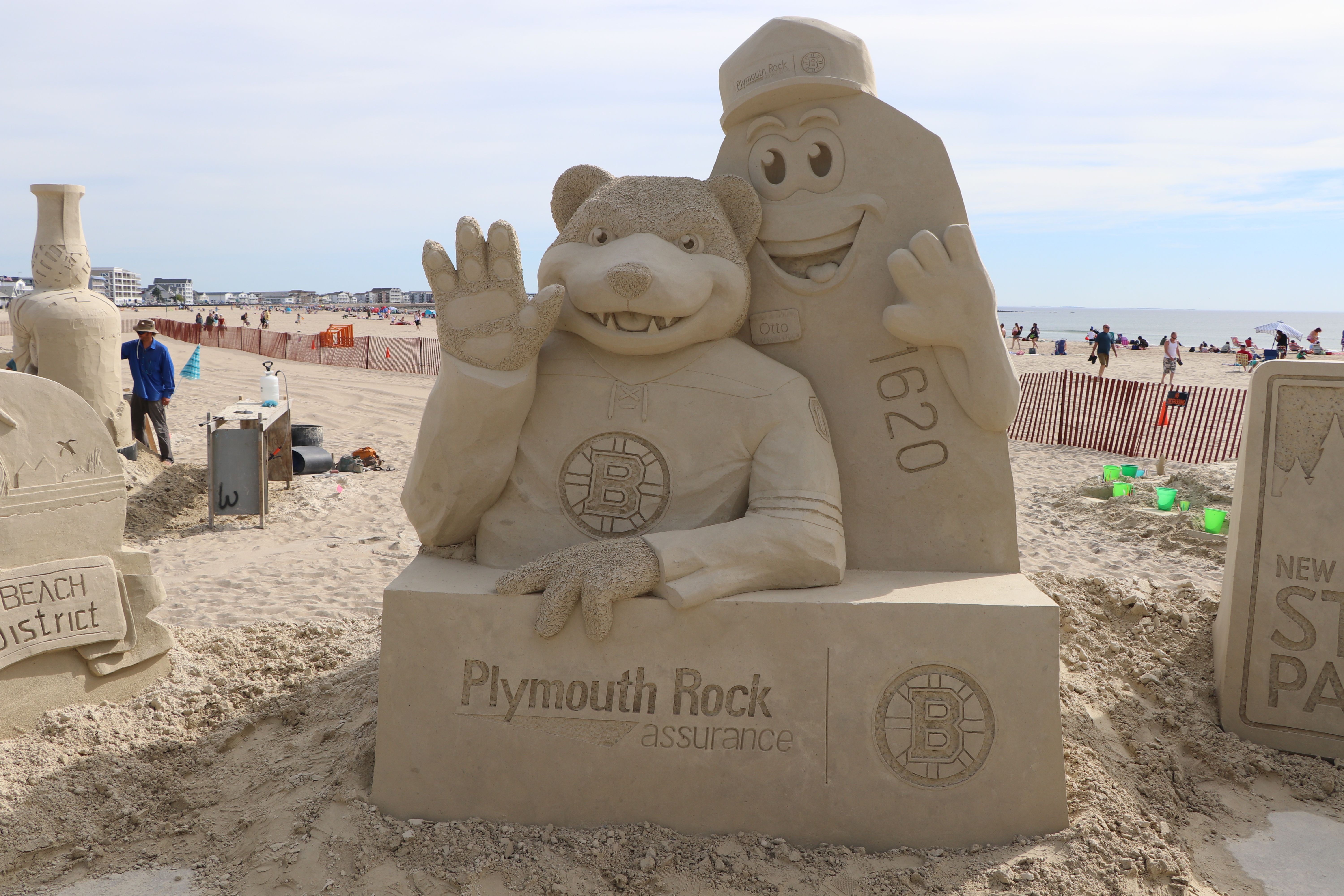 Sculptors don’t just sculpt wood, ice and clay.  In fact, some of the world’s best sculptors like to play in the sand.  And that’s exactly what they were doing last weekend at Hampton Beach, NH.

The theme of this year’s sand sculpture of the sponsors of the event was “The Aliens Have Come To Hampton Beach.”  All of the featured sculptors contributed to this sculptor. 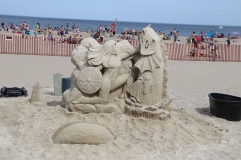 Michel passed away earlier this year.  But, his son, Marc Lepire, did participate and made a special tribute for his dad in his  own sculpture.

The competition included 10 sand sculptures, not included the sponsors’ sculptures, with sculptors from all over the globe.

Visitors to the beach were allowed to view the sculptures up close on the beach at 1 o’clock and given a ticket to put in a bucket next to their choice.  While it is great to be able to get so close to the sculptures and I did take photographs while I could get close to them, the sculptors have until 4 to complete their works.  And, of course, they use every minute at their disposal usually.  So, I didn’t end up posting most of the photos I took at 1.  But, I did cast a vote (for “Influence” by Carl Jara).  Then, I waited a few more hours so I could photograph the sculptures in their completed states.  Time goes by pretty quickly at the beach, though.  So I didn’t mind waiting.  After all, I’m a pretty patient person, except when I am driving.

When the votes for the sculptures by the official judges were finally tallied the winners were recognized and given their awards ($3,000 for first place) and a fireworks display capped off the festivities.  Below are the top ranked sculptures and the also rans. 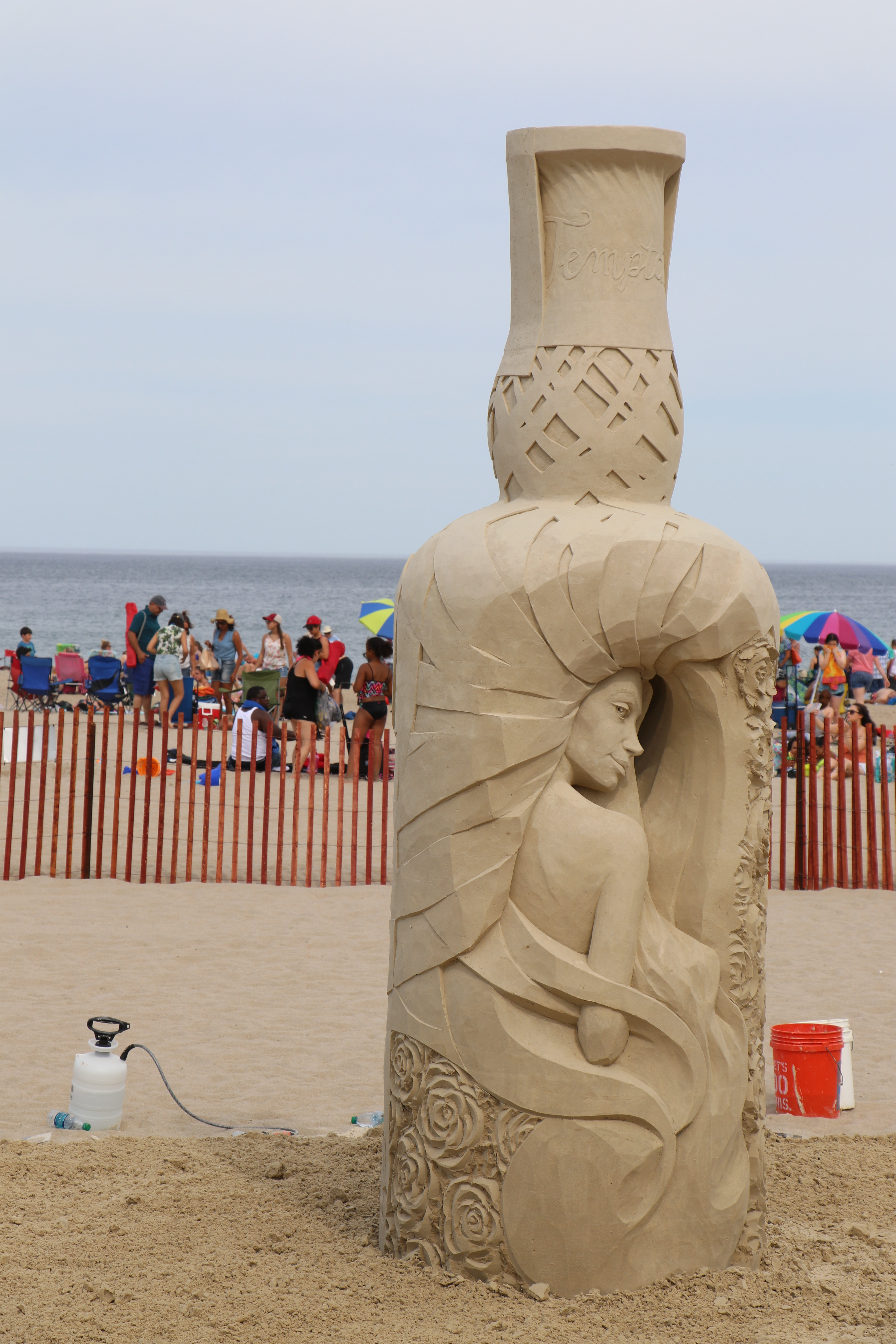 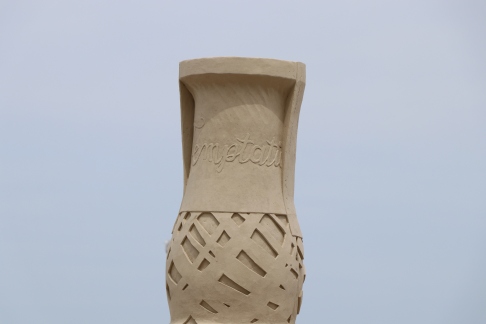 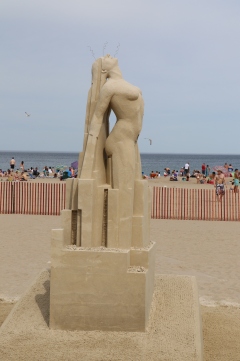 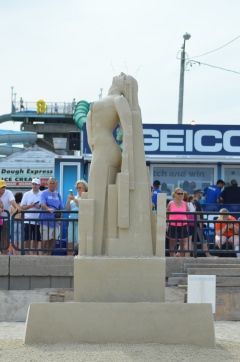 Dan Belcher of Missouri swam into third place with “Water Dance.”  This was certainly one of the larger sculptures.  It must have taken many hours to make all of these shapes and designs.

“Influence” by Carl Jara of Ohio came in fourth place.  he also won the “Sculptor’s Choice” award which must be very rewarding since it is voted on by his peers. 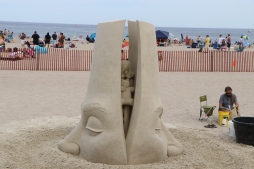 The “People’s Choice” award which the visitors got to vote for went to Marc Lepire of Quebec for “Wind Lovers.” 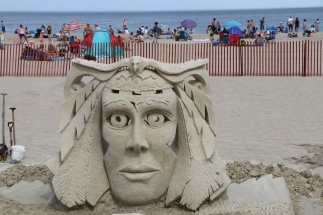 The remaining sculptures are listed below.  I was actually surprised that some of them, like “Winging It” by Delayne Corbett of Vancouver did not place in the voting.  Since ikt had so much intricate detail I thouggh tit was sure to be in the top 5.  But there was so much competition at the event.  So, even some of the best sculptures didn’t make top rankings. 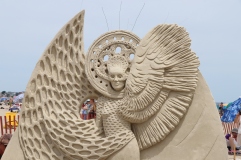 “Defeating The Darkness” by Justin Gordon of Groveland, MA, was another sculpture I thought may have been overlooked.  There’s a lot of wonderful detail in this one. 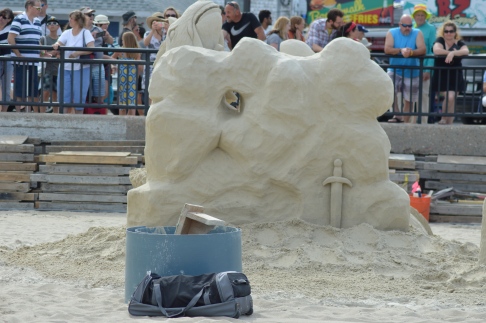 There’s something about the sculpture “Joy” by Karen Fralich.

I’m not sure if it’s the name of the sculpture, the seemingly carefree child or the butterflies sporadically placed throughout the sculpture.  But, something about this sculpture makes me smile. 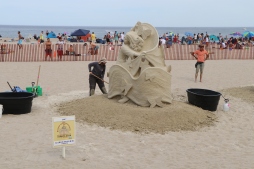 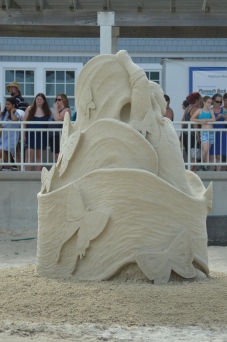 If you missed the sand sculptures last weekend, don’t worry.  They will be on display until Wednesday, June 27.  They also illuminate the area for night viewing if you can’t make it there during the day time.

No matter.  Some birds still found a way to land on them.

The sand sculpting event had more than just sculptures, though.  There were other family friendly activities as well such as face painting. 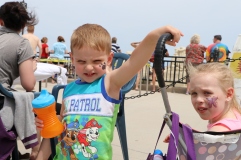 There were also so many cute dogs at the event.

Watson is a 5 year old Dalmatian Coonhound.  he was adopted from the Pope Memorial SPCA.

Jackson, a 5 year old Great Dane, was another gentle giant.  He was a little hard to get to look at me because his dad was parking the car and he kept looking to his left and right in the hopes of seeing his human.

Bailey, who will be 6 months Sunday the 25th (yes she is a Christmas baby), is a Teacup Yorkie.  She was dressed to the nines for her day at the beach.

Some dogs are a little shy of my camera.  This was the case with Luna, a 1 year old pit and lab mix.  At least at first.  But, she warmed up to the camera pretty quickly. 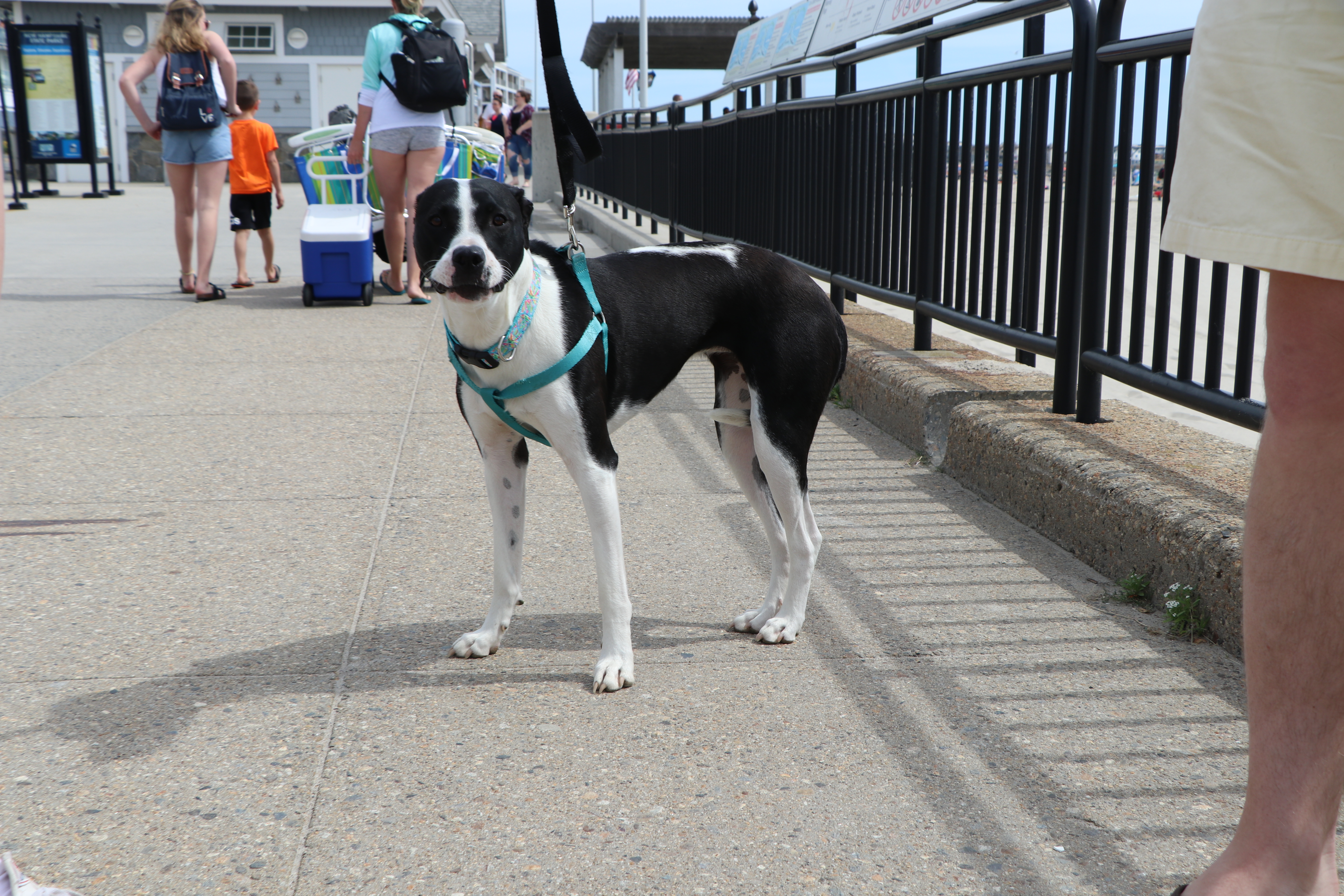 Bailey is a 6 month Standard Poodle.  With her fluffy fur, she reminded me of a big teddy bear. 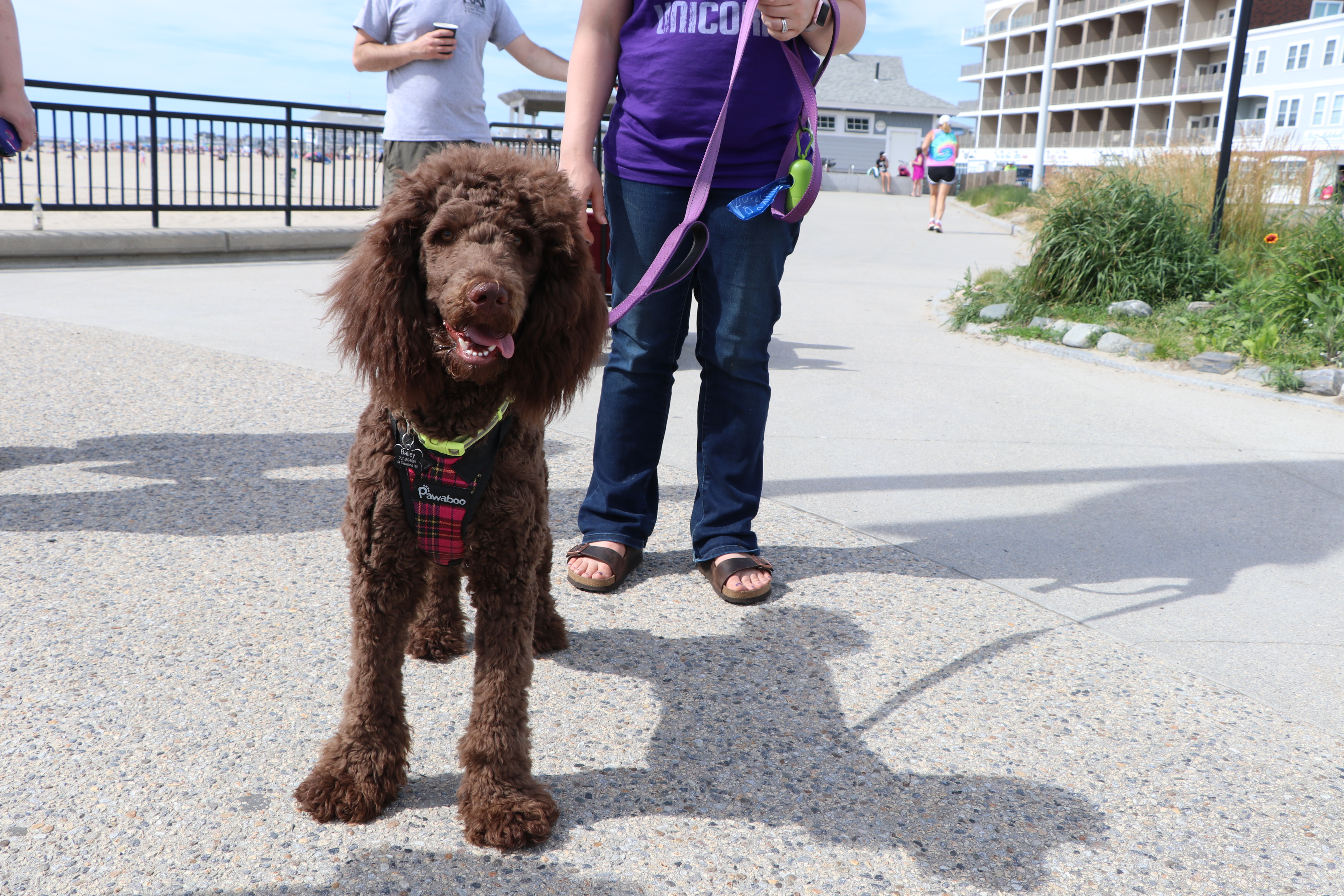 Buddy, a 14 year old Cairn Terrier, was certainly not in Kansas anymore.  That’s right, Buddy is the exact same breed as Toto from The Wizard Of Oz movie.  If you haven’t seen it, I highly recommend it.  Just look out for the “flying monkeys.”

Brady, who was named after a certain local sports star, is an 11 month old Cavachon.  Are you saying to yourself, Cava what?  I did too.  His folks told me he is a Cavalier King Charles Spaniel and Bichon Frise mix.

And, last but not least, Tyzon, a Boxer, will be 5 years old in September.  It had been a long day taking photographs and I was ready to get ready to head home.  Then, when I saw Tayzon I decided to take out my camera for one more dog photo.  He was very accommodating and the kids loved petting him.  And he loved the pets he recieved.

Parking: There is a parking lot for about 40 cars

Highlights: variety of plants in the Talcott Greenhouse at Mount Holyoke College

It may seem a little early in the year for New Englanders to be talking about our gardens and plants, especially since we just received 3 inches of snow in the Boston area. But, the Talcott Greenhouse is a great place to go for a preview of the spring planting season that will soon be here.

The greenhouse has a wide variety of plants 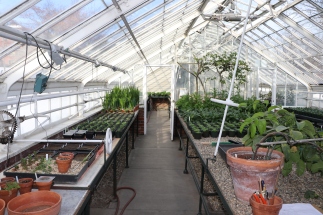 There were a variety of plants and flowers that caught my attention like this huge cactus!

The botanical garden is open all year. The plants are cared for by a friendly and knowledgeable staff. In fact, the person working there during my visit helped answer a few questions I had about some of the plants and flowers int eh garden.

This particular flower is an orchard. The banana-looking parts of he flower are actually where the plant stores water.

Below are a few of the plants and flowers that caught my eye. 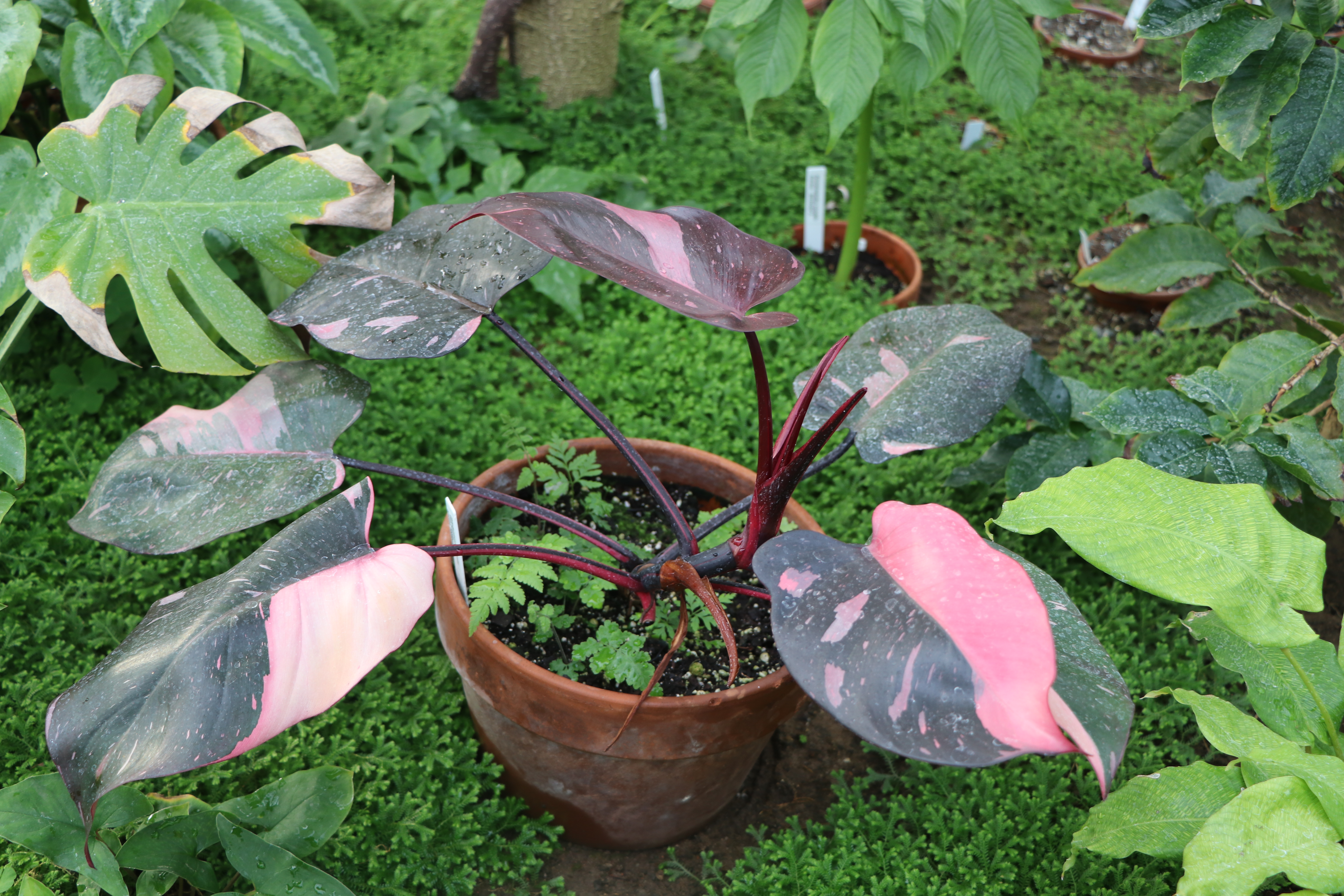 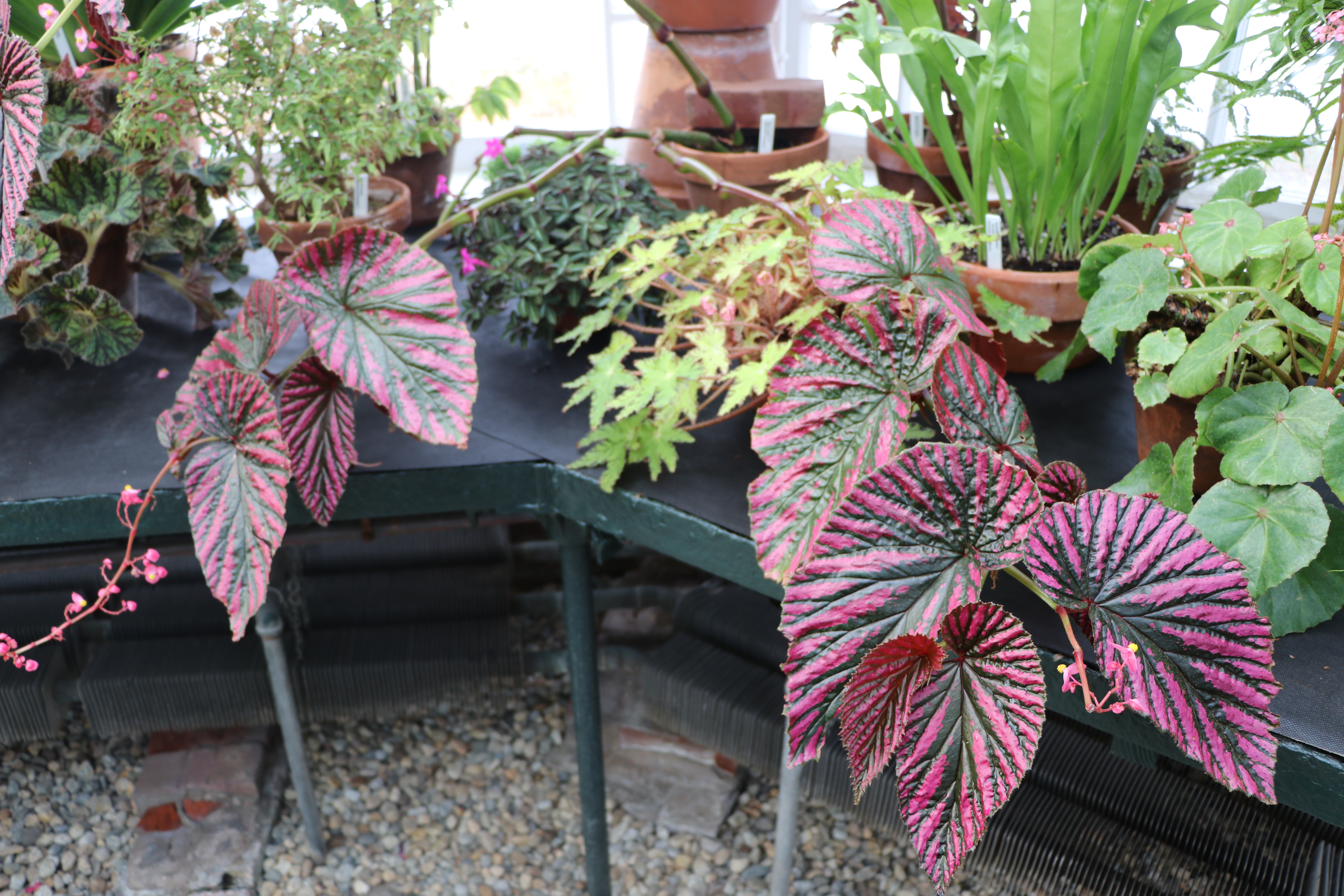 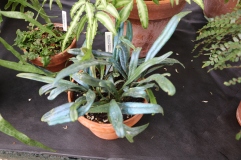 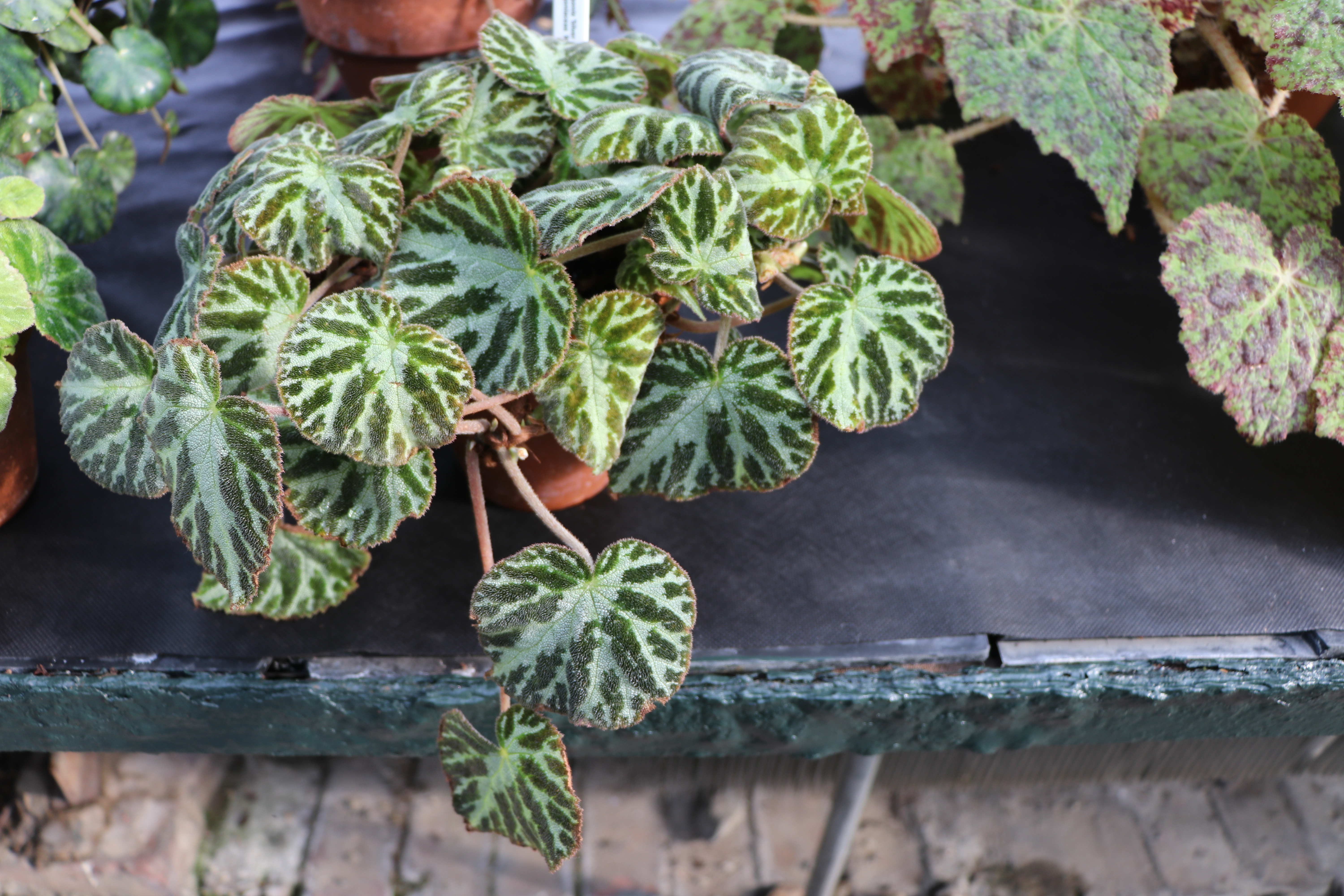 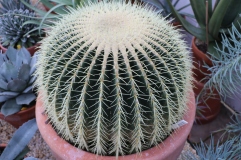 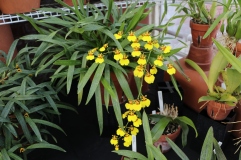 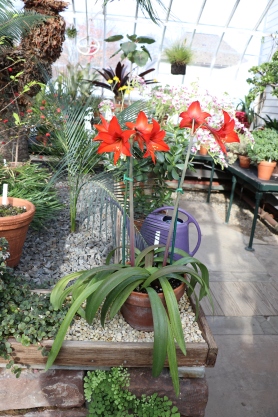 I especially liked how the flowers were displayed throughout the botanical garden. The colors of the plants in each group seemed to blend so well with all of the other plants they were placed with.

The coolest part of the greenhouse was definitely this tree that was growing through a wall! 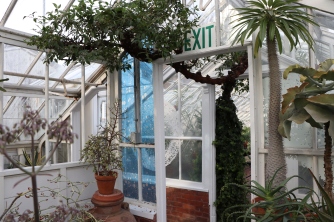