Dates Of Exhibit: August 18 – 21, 2016 (the exhibit will be making another appearance in New England October 20 when it arrives in West Haven, CT and will then go to New Milford, CT, Leominster, MA and the Mohegan Sun Casino in Uncasville, CT)

Parking: Parking was free for viewing the memorial (it is usually $5 to park there).  There were about 70 parking spots. 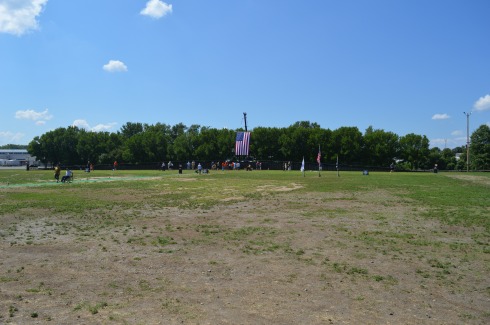 The traveling replica of the Wall That Heals spent the weekend of August 18-21 at the Eastern States Exposition in West Springfield, Massachusetts before continuing its tour.  It is presently in Princetown, New York until August 28.  Click below to see the entire 2016 schedule for the wall

The Wall That Heals 2016 Tour Schedule

A half-scale replica of the Vietnam Veterans Memorial in Washington, D.C., the Wall That Heals has been to more than 400 cities throughout the United States.  It was dedicated on Veteran’s Day (November 11), 1996.

The Wall That Heals is meant to not only act as a reminder of all those who died in the service of their country during the Vietnam Conflict it also is meant to help veterans cope and heal from the pain they still harbor and hopefully help them heal.

There is also a mobile Education Center which has educational information on the walls of the truck.  In one section of the exterior of the truck there was a list and photos of the people from Massachusetts lost in Vietnam.  Another section showed the names and photos from the area where the truck was parked (Western MA) and a final video screen displayed all of the victims of the war.  There is also timelines of the war and additional background information of the war.

You can’t help but to be moved by seeing all of the names on the wall.  All of those names had dreams, hopes, futures that were snuffed out much too early.  I kept thinking how much more they were meant to accomplish.  They were supposed to fall in love and have children and outlive their parents.  What really got to me was seeing the photos, notes, flowers and flags that were left behind.  Even decades later, the wounds are still fresh for so many. 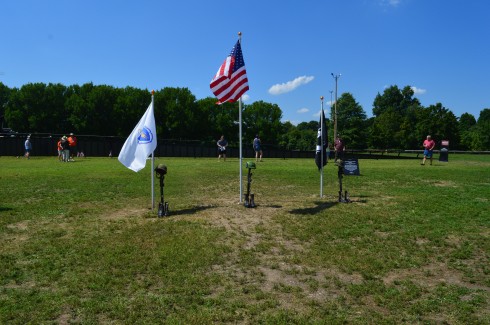 On a lighter note, one thing I have always respected and admired about people in the service and veterans is their sense of humor and ability to turn just about anything into a joke.  This signpost, presumably a replica of a sign at one of the American camps in Vietnam details the distances (from West Springfield, MA) to Camp Pendleton (2,494 mi), Ia Drang (8,599 mi), Vietnam Wall (371 mi) and, of course, Disney World (1,236 mi).  Home is wherever you are so that shows 0 miles. 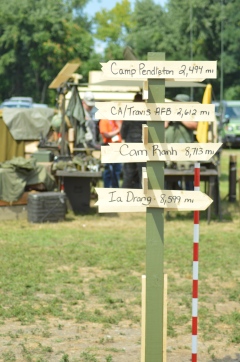 There were also tables with military gear from the Vietnam War era and military vehicles also from that era.

We were also treated to a helicopter liftoff (video of the liftoff follows below) by an Army Black Hawk Medevac.  The things on the side are either gun pods or for launching torpedoes. Watching them prep for the liftoff showed me just how much care and preparation goes into every flight and just how meticulous they are about checking their flight gear.

Below are videos of a walking tour of The Wall That Heals (I only walked half of the wall with the video recording because it was a high traffic area) and the Blackhawk helicopter liftoff.

Places With Similar Monuments I Have Visited In New England: