*events and some exhibits may be have a separate fee*

Parking: there are several parking garages in Salem ($20 to park the entire day this time of the year),  The best one to park at for this exhibit is the Museum Place Mall parking garage on Church St as it is directly across from the Essex St entrance of the mall.  You may also find limited street parking if you’re lucky for .75 an hour, 4 hour max.

Highlights: collection of movie posters and memorabilia from vintage sci-fi and horror films, videos and music of Kirk Hammett and Metallica

Metallica in a museum.  Something doesn’t sound right.  But, don’t be so quick to judge.  They actually go together like big hair and a hot guitar solo.  But, don’t wait too long to see it.  This exhibit is only being shown until Nov. 26.

Kirk Hammett and the Peabody Essex Museum, located in the heart of Salem, have teamed up to showcase his movie poster collection.  Now, before you scoff at this exhibition, you must realize just how vast his collection (there are hundreds and I photographed them all).  But his collection goes far beyond just movie posters.  His collection includes movie props, life size figures and oh well I don’t want to give it all away just now.  Suffice it to say, I want a room like this in my next home!

One of the truly interesting aspects of the exhibit is the stories behind the memorabilia.  There are movie posters which were either thrown out, papered over or left behind by theater owners or production companies with little or no concept they may be sought after items so many years later.  There are cheaply made movie props which are very valuable now.  And there are the games and action figures most of our moms threw out when we outgrew them but are very valuable either sentimentally or monetarily.  If only I held on to those Luke Skywalker figures.  I even cut the hand off one so it would be more “life like” (spoiler alert).

For better or worse, depending on your point of view, you’ll be hard pressed to find a movie poster from anytime after two very successful movies from the late 1970’s.  I thought it was great being a fan of older horror movies.  Plus, I also found out about some movies I wasn’t aware of that I can check out now.  I think this will be the case for most visitors at this exhibit which is a great thing when you think about it.

There’s also the music and some of his guitar collection.  A video of Kirk explaining hs collection and samples of his music playing on a loop while you admire his sci-fi and horror movie memorabilia give the exhibit just the right feel.  The music complements the memorabilia perfectly.  Hearing Kirk’s riffs on For Whom The Bell Tolls…as you view the assortment of zombies, vampires and other other worldly beings is the pure bliss.  One thing I noticed was how they seemed to re-use the same actors for horror films, even if it was for different movie monsters.  Talk about being typecast.  Poor Boris Karloff!

A couple of things.  Firstly, I wanted to post this on Friday the 13th for obvious reasons.  But, as I am typing this, it does not look like I will make that deadline.  And, secondly, due to the vast amount of posters and memorabilia, I am going to have to break this post into two or possibly three parts.

The movie posters are hung with care by category. such as “the undead”

and darker fiction (this move scared the hell out of me!) 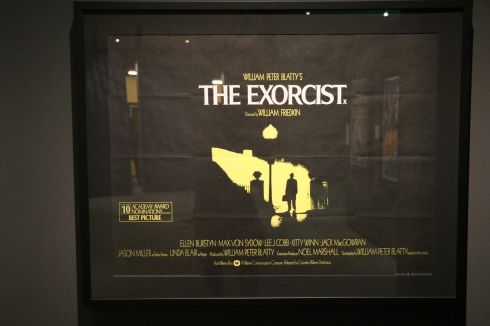 You would have to try very hard to not notice the advertisements for the exhibit.  Of course, I couldn’t resist asking one of the staff there, “So, do you have an ‘It’s Alive!’ exhibit?”  The sarcasm was not lost on her.

Upon entering the exhibit, you are greeted with a short clip of Nosferatu

You are then directed to the rest of the exhibit, where another sign states my three favorite words, yes, “photography is encouraged.”  Were you expecting something else?  OK, “dinner is served” is a close second.

The exhibit begins with a movie prop called a Zapatron made out of aluminum, iron, bakelite, paper, paint and casein-formaldehyde resin by Kenneth Strickfaden. 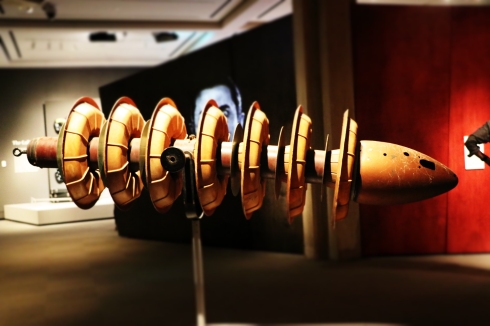 The movie poster collection begins appropriately enough with one of the most recognizable and perhaps even beloved characters, Frankenstein and the various offshoots from that movie franchise.

Frankenstein, 1931.  This three sheet poster was discovered in the boarded over projection booth of a remodeled theater.  It eventually found its way into Kirk’s hands.

This is another poster for the 1931 Frankenstein. 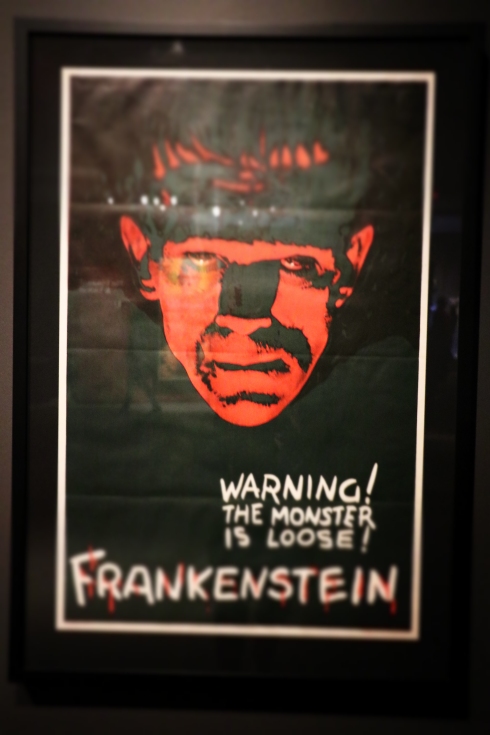 Yet another movie poster for the 1931 Frankenstein film.

Although the exhibit was set up well, it’s impossible to not have some reflections and lighting that may hit the posters in an unflattering way and , of course, using a flash under these circumstances would actually make it worse.  I also had to take some photos from a certain angle that minimized glare and reflections from showing.  So, it did make some of the photography challenging and time consuming as I had to check each image on my screen before I moved on to the next poster.  But, I still loved doing this shoot!

The next group of movie posters were  related to the Mummy movies.  Much like the Frankenstein franchise, mummy movies have been a staple of any horror fan’s collection.

Of course, what would a movie monster memorabilia collection be without Dracula and his various copycats or copy bats?  Sorry. I couldn’t resist.

Werewolves have always been a mainstay of the horror genre.  This is no different when it comes to movie poster collections.

These films are not related but I grouped them together for the sake of saving space and because the posters looked similar.  As a side note, I’ve been described as being like the poster on the right from time to time.  OK, I’ve said too much. 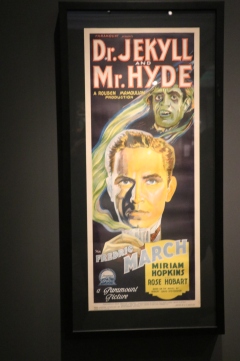 These two movie posters are from movies that were based on two famous Edgar Allen Poe books. 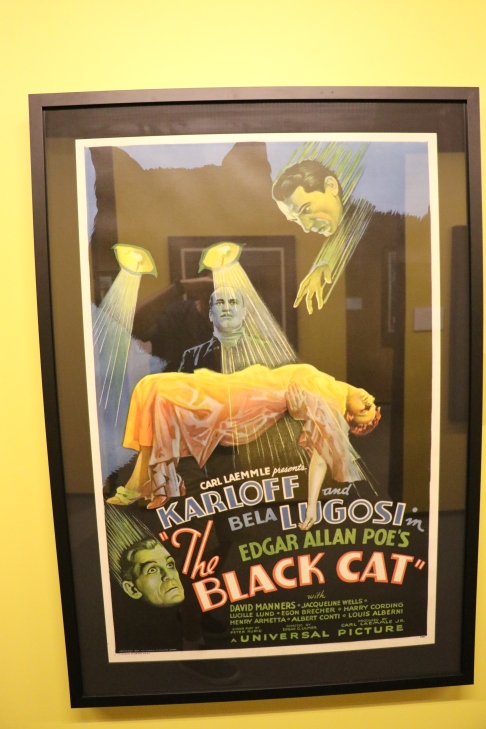 Aliens and outer space are another common theme in this exhibit.  Me thinks Kirk likes his sci-fi. 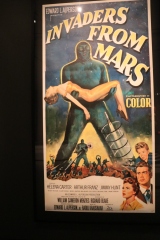 Creatures, particularly creatures from under the sea, are also prominently displayed at this exhibit. 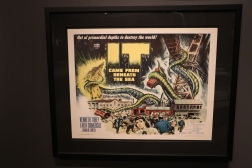 There are also some posters of explorers who experience some adversity in different ways. 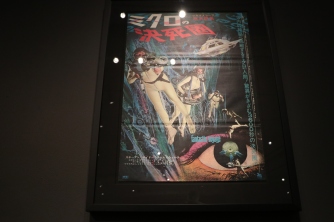 Sometimes I wish I could be this guy. 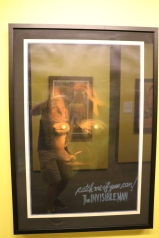 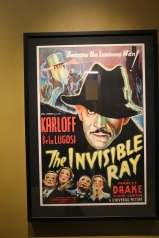 While dogs are not allowed in the museum (with the possible exception of service dogs), I did see Churchill, a 2 year old Great Pyreneese on the way to my car.

Well, I hope I have whet your appetite for more movie posters and maybe a few other types of memorabilia which I will include in part II of this movie poster series.

Thank you for reading and I’ll see you soon…hopefully!

Below is a video of the It’s Alive! movie poster kick off event with a discussion of the collection led by Kirk Hammett.  (video courtesy of Radio Of Horror)