As I mentioned in an earlier blog, not all of the accused witches from the Salem witch hysteria came from Salem, Massachusetts.  In a quaint, unassuming town once known as Salem Village (now Danvers, Massachusetts), a number of people were accused of “consorting with the devil.”  One of the denizens of Danvers who was accused of such transgressions was Rebecca Nurse.  The Rebecca Nurse Homestead in Danvers keeps Rebecca’s memory and the memory of all the victim’s of the hysteria alive.

The main living quarters has been renovated and maintained through the years but it still keeps the basic feel of what living in that era was like.

The early settlers planted most of their crops in their yard.  The staff at the Homestead continue growing these crops such as mugwort, sage and chamomile.

Pictured below is the front of the house.  The front part of the house is what we might consider “the back” because the settlers always wanted their houses to face the south.

The accommodations are what a modern day realtor might call “cozy”.

They were “spinning” before it was cool. 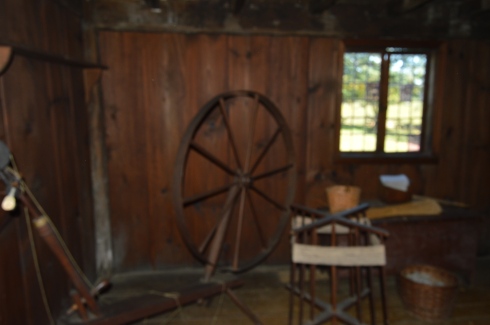 There is also a meeting house, shoemaker shed and wood shed that still have a very rustic feel to them. 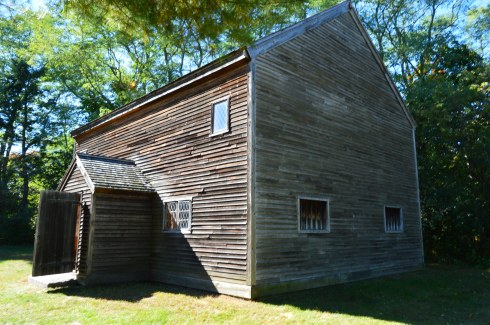 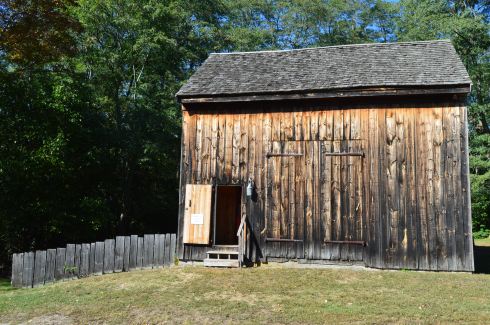 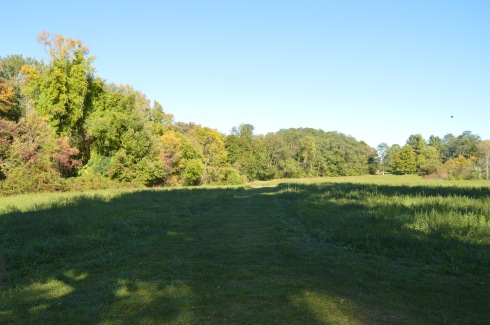 According to legend, after being hanged, Rebecca Nurse was buried in a shallow unmarked grave because people convicted of witchcraft were not considered worthy of a Christian burial.  Her family dug her up and buried her at the Nurse Homestead and they erected a memorial in her honor. 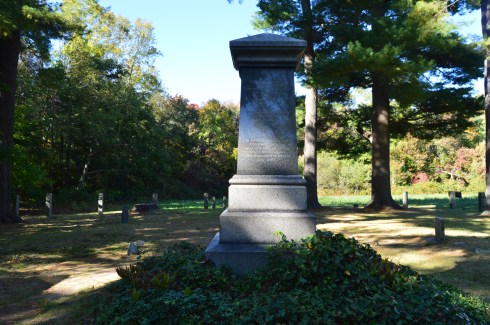 George Jacobs, another victim of the witch hysteria, is also buried at the Nurse Homestead.

Rebecca’s great grandson, Francis Nurse, resided st the homestead until he joined the Massachusetts Militia during the Revolutionary War.  He is know interred at the Rebecca Nurse Homestead.

There is also a variety of wildlife on the Nurse Homestead grounds.  I ran into these turkeys during my visit. 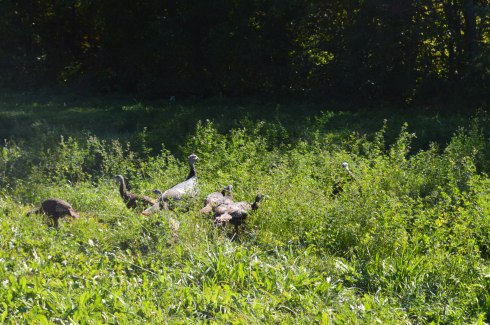 And I met a bear.  Well, sort of.  One of the workers was dog sitting and he brought his Golden Lab, Bear with him to the homestead.  Bear likes to play catch. 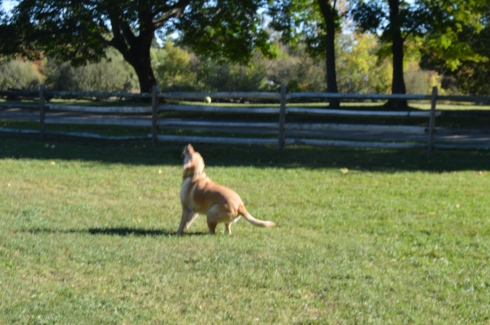