Parking: Free (parking was free for this event but usually the beach charges to park at the beach) 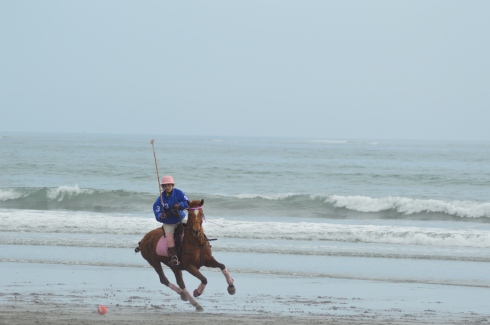 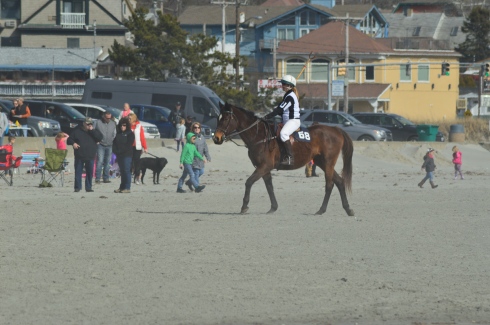 As part of their “Winter Carnival”, Newport Rhode Island held a polo match sponsored by the Newport International Polo Series.

Even if you don’t know the rules of the game (I don’t), it is still fun to watch the horses and players.  There was also an announcer who did the play by play and explained some of the rules during the game. 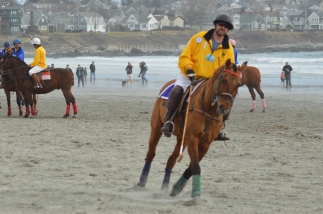 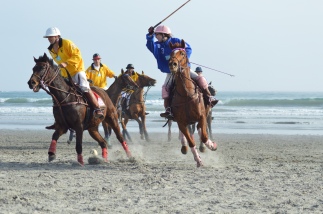 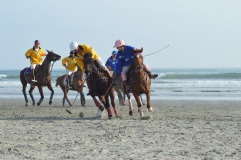 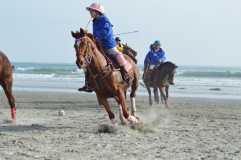 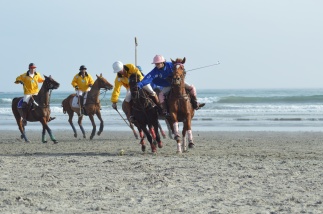 While there are some rules of the game I don’t know, the basic goal (no pun intended) is pretty basic.  Put the ball between the two orange cones.  The team in gold won 10-9 by the way. 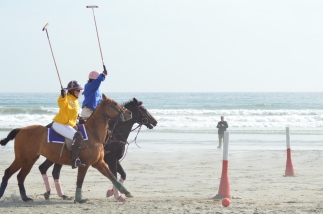 The horses looked especially pretty with the wavy water along the beach.  Onee thing I noticed about the horses is how they will sometimes use their legs to kick the ball and help the player. Or, they are sick of the player getting all the glory and they may want to score a goal or two. 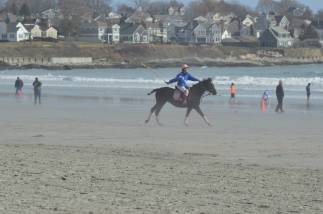 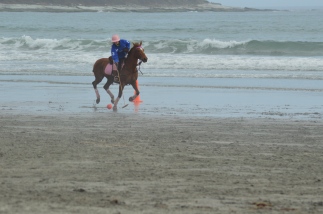 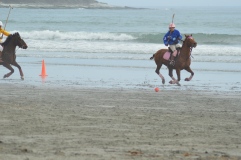 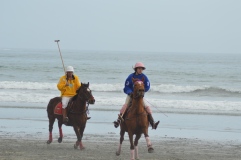 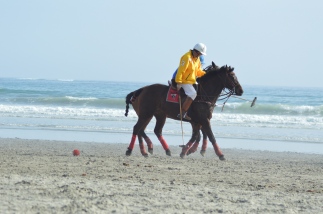 The players all seemed to really have a lot of fun but they also play hard.  And the game is not without risks.  One player had to be carted away with a leg injury after she fell off her horse.

Dogs like polo, too.  I was surprised and impressed how well the leashed dogs and horses coexisted. 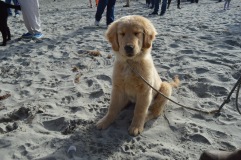 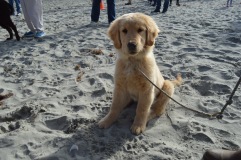 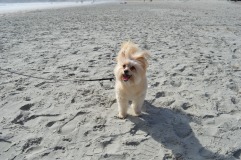 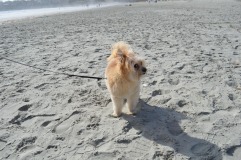 The players and fans have a close connection.  At the end of the match, the players trot by on their horses and greet the fans. 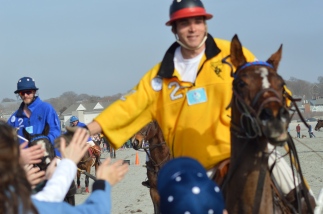 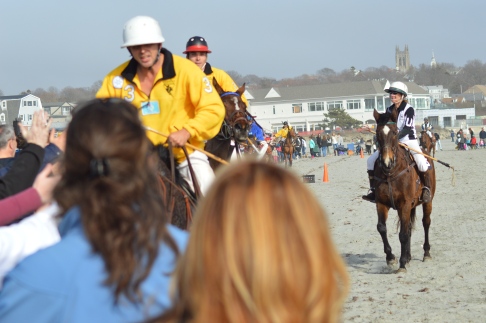