Parking: There is room for about half a dozen cars at the entrance to the park

Highlights: memorial to the The 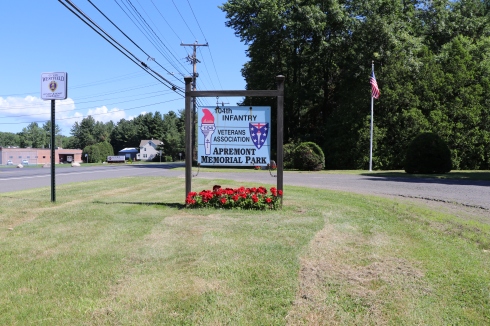 Once the training site of the Massachusetts State Militia (then called Hampton Plains) some 112 years ago, Apremont Park is now the home to a memorial dedicated to the 104th U.S. Infantry.  After  World War I broke out, the site was reactivated for the 104th Infantry Regiment of the 26th Yankee Division and was renamed Camp Bartlett.

The 104th Infantry Regiment has a storied past that dates back to November 14, 1639 when it was first mustered as the Springfield Train Band.  They would go on to be incorporated as part of the Hampshire County Massachusetts Militia.  They would also serve in the Continental Army during the American Revolution and in the Civil War as part of the Union Army as well as many other campaigns such as the Spanish-American War and both World Wars.  The last active element of the regiment, the 1st Battalion, was deactivated in 2005 and the soldiers and lineage transferred to the 1st Battalion, 181st Infantry Regiment.  But, their legacy still remains, particularly at this memorial.

I made two visits to this park; one in July of this year and today.  I enjoy seeing the differences in the park from the different seasons. 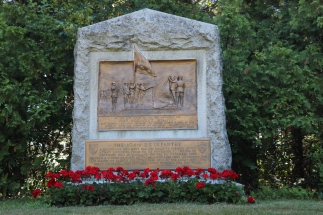 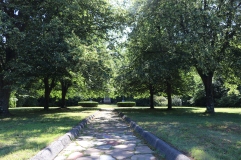 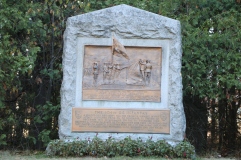 In August 17, 1917, 13,000 troops from the National Guard organization of New England camped out for 14 weeks; then the 104th Infantry left for France to compile a record of outstanding bravery. There is a bronze plaque set in from of the monuments of the General Passage of France decorating the colors of the 104th Infantry during World War I. The park is named after a small French town of Apremont, which was defeated and saved by the 104th Infantry.

Inscribed on the memorial is:

FOR GREATEST FIGHTING SPIRIT AND SELF SACRIFICE DURING ACTION OF APRIL 10, 12 AND 13 1918.  SUFFERING FROM VERY HEAVY BOMBARDMENTS AND ATTACKED BY VERY STRONG GERMAN FORCES THE 104TH INFANTRY SUCCEEDED IN PREVENTING THEIR DANGEROUS ADVANCE, AND WITH GREATEST ENERGY RECONQUERED, AT THE POINT OF THE BAYONET , THE FEW RUINED TRENCHES WHICH HAD TO BE ABANDONED AT THE FIRST ONSET, AT THE SAME TIME MAKING PRISONERS.

Also inscribed on the memorial is the name of the infantry that was organized on the spot (the 104th Regiment Infantry) and a description of their background.

I originally photographed this monument on July 3rd.  But, after doing my research on the memorial, I noticed I had missed some interesting and important parts of the memorial.  During my original photo shoot, I missed these parts of the memorial.  I think the flowers that were once in bloom in July hid them from my view during my initial visit.  This was not the case when I came back to visit earlier today. 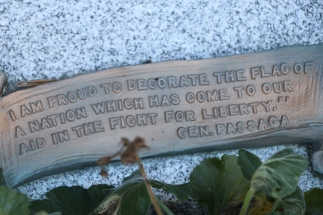 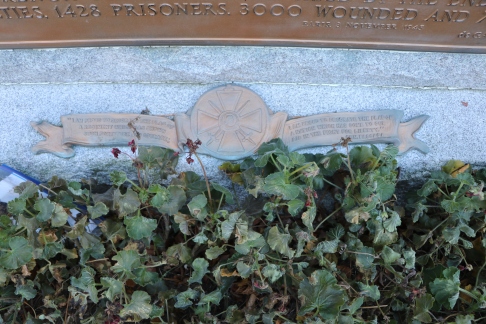 There are benches near the memorial for quiet reflection and markers to memorialize their efforts in World War I and World War II.  The park is also used to honor veterans on special occasions such as the Fourth of July and other special events.  I did not see any other people at the park during my visit today. 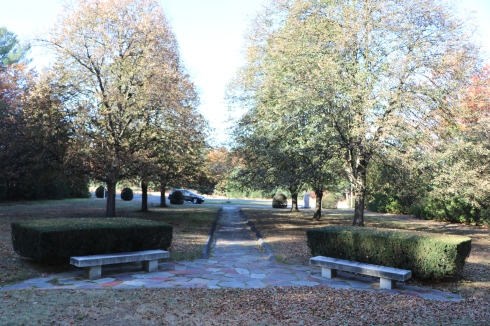 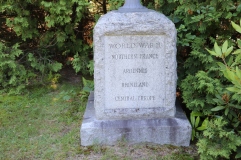 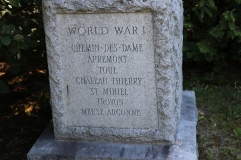 There is also a memorial honoring those who served in the 104th Infantry Regiment during World War II. 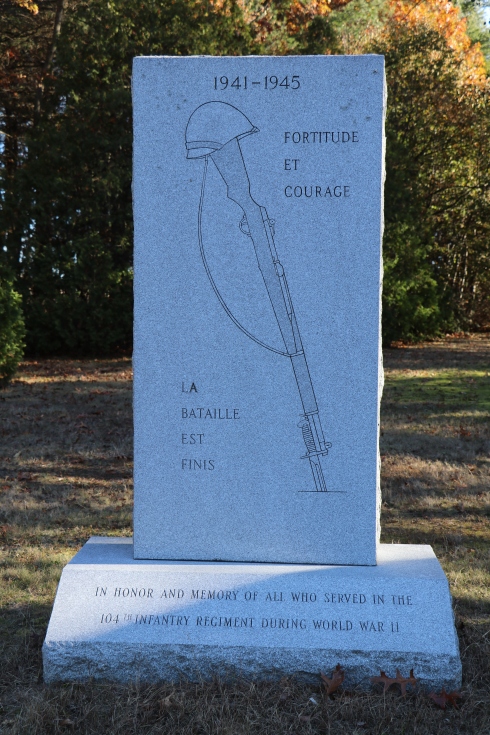 Another memorial lays to the left of the entrance of the park. 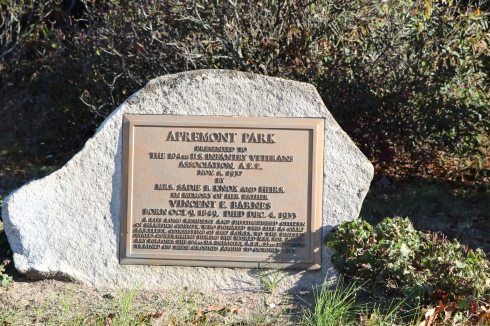