Parking: Street parking is available on Derby St and in the various garages throughout Salem 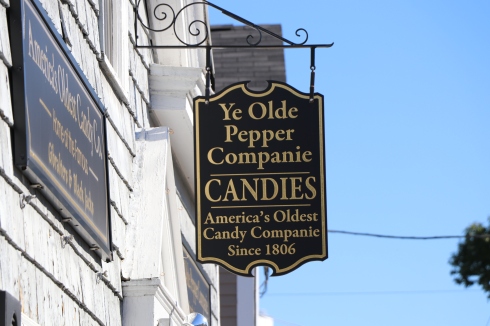 While driving along Derby St in historic Salem, MA, you might drive past the nondescript, white building with shuttered looking windows and think it”s just another building.  You would be wrong, though.

Two popular candies are said to have been popularized by people associated with the company.

The story of this historic company dates back to the early 1800’s when John Pepper, who is considered  by some to be responsible for creating “The Black Jack” candy according to the company’s web site, began selling his candies in Salem and the nearby communities.  Although there is some debate over who is responsible for creating this candy, it would go on to be considered the flagship candy of the store.

The other story holds that the Spencer family from North Salem were left destitute after a shipwreck.  In an effort to help the family, neighbors and friends donated supplies to help them in their time of need.  Mrs. Spencer used this sugar to create what would become known as “Salem Gilbratars” which are sold in the store to this day. 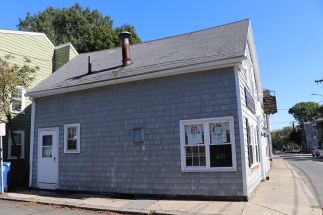 The company has come a long away from these simpler days.  The companie sells a variety of candies.  From the divisive candy corn, which people seem to hate or love but has become a staple of the Halloween season nonetheless, to the wide varieties of fudge and chocolate,

The companie remains one of the most popular spots to visit in Salem (MA) particularly during Halloween.  This photo was taken the weekend before Halloween (Oct. 28).

The line would grow even longer during the day.  Good thing it wasn’t too cold out, not that it would have deterred the shoppers.

It’s funny how the exterior of the building seems to scream dull and boring but the inside of the store, particularly during the various holidays (they also hold candy cane making demonstrations during the Christmas season) and Halloween has so much character and decor. 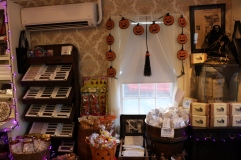 This woman who was working at the shop during my visits even got dressed up for the season.  Rumor has it, she may be the original Mrs. Spencer.  And people say Salem doesn’t have ghosts.

If you’re in the Salem area, or you just get a sweet tooth for some historic candy, stop by!  Ask for Mrs. Spencer.