Parking: Parking Is Available at the Liberty and Congress St garages and on street parking is available. 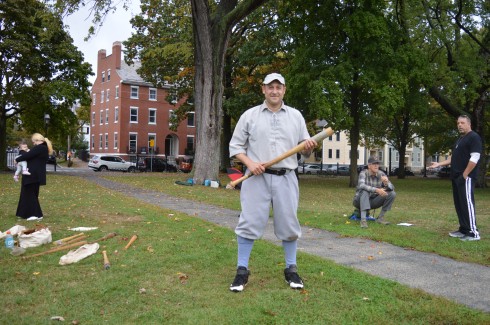 Seeing people in costumes and uniforms in Salem during the month of October is not unusual.  However, the people in uniform at Salem Common this past October were dressed up for a very different purpose.

The Providence Grays, a vintage baseball club honoring the original pro baseball team of the same name,  were playing their rivals the Brooklyn Atlantics on a crisp fall afternoon.

The Grays became the National League’s newest addition to major league baseball in 1878 when they adopted gray flannel instead of white for their home uniforms and consequently became known as the ‘Grays.’  They would remain in the league until they folded in 1885.  During that time frame they won two tiles (in 1879 and 1884),

This isn’t your modern day.  Players wear wool uniforms.  They don’t wear gloves.  And the rules were very different.

One of the rules that is starkly differently from today’s rules is that if you fielded a hit ball after one bounce, the batter was out.  Of course, this rule does not exist today and if it did exist today a lot of batters would make many more outs.  Another rule that no longer exists is that batters were given 3 balls to earn a walk rather than the 4 balls which is the rule in today’s Major League Baseball.  Also, the pitcher pitched from a scant 50 feet away from home plate and there was no mound.  In today’s mlb, the pitching mound is 60 feet and 6 inches away from home plate and, although it may vary, the mound is not supposed to be higher than 10 inches above home plate.

Unlike their somewhat drab uniforms, the Providence Grays have a very exciting past.  For instance, they were the first team to integrate.

Some fans, like the fans of the newly crowned World Series champs Chicago Cubs, are known for throwing home runs balls back onto the field if the opposing team hits a home run to express their dismay at the other team’s good fortune.  The fans at Providence Gray games did the same.  But for a very different reason.

At the time the team was formed in 1878, the league was still very green and not very profitable.  The fans were asked to throw the balls back so they could be re-used.

The players also didn’t wear gloves.  So, they pitched underhanded and would often lob the ball as it is easier to catch barehanded that way.

I’m full of all sorts of fun facts today, aren’t I? 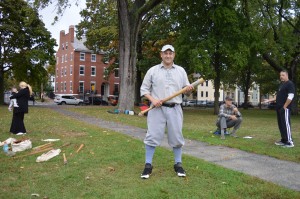 I thought this resembled a baseball card.

Looking at the players in their floppy socks and uniforms that resemble loose fitting pajamas, I couldn’t help thinking about the characters on “Field Of Dreams.” 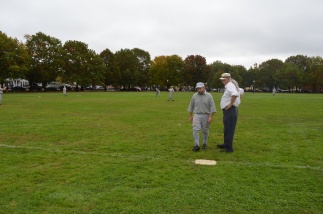 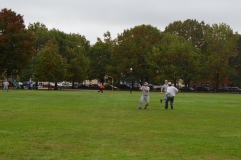 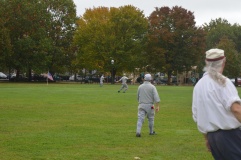 The foliage gave a good backdrop to the field. 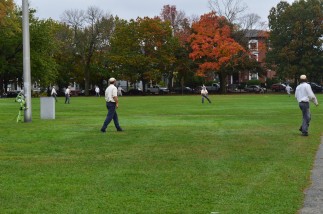 The teams do take these games seriously and we saw some good baseball. 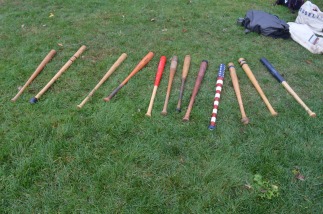 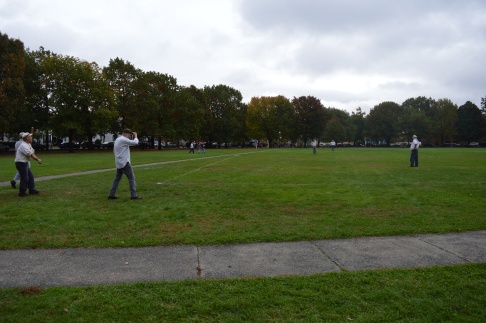 If you missed them this year, don’t worry.  The Grays and other teamss have been playing in Sallem Commons for about 10 years.  Check their web site and Salem’s web site for future game dates. 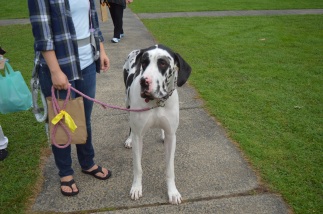 Below is a video from the game.

Location: 31 West Hollis St., Nashua, New Hampshire   The mural can be seen on the east side of the Maynard & Lesieur building 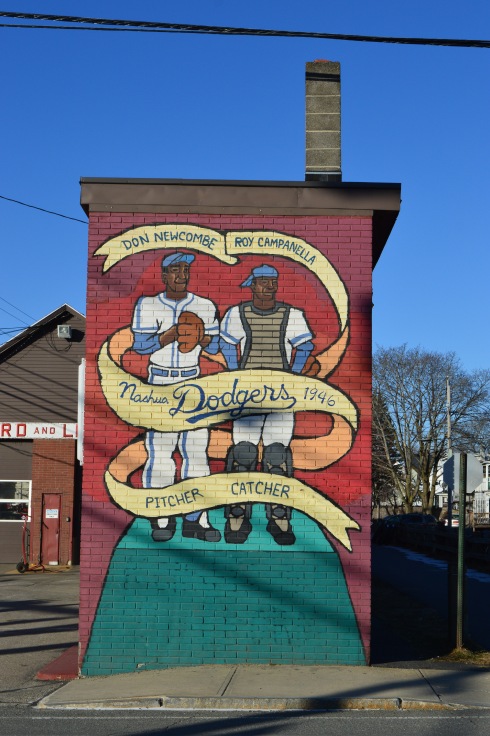 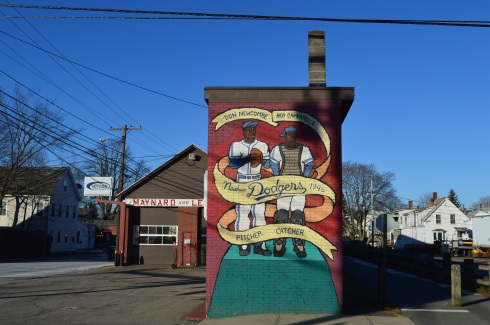 Most baseball fans know the Dodgers were the first American professional baseball team to integrate baseball in decades.  However, few people know it was the Nashua Dodgers (the farm club of the Brooklyn Dodgers) and not the Brooklyn Dodgers that were the first pro team to integrate an American baseball team in the 20th century (Jackie Robinson, who would later become the first African American to play professional baseball in the United States during modern era, was playing for the Montreal Royals of the International League at this time).

It is said that Branch Rickey and his executive, Buzzie Bavasi, chose Nashua as the location for this New England League team partly because the city had a large French Canadian population and they felt the French Canadian people would be more receptive to an integrated team.

Along the side of the building with the Nashua Dodgers mural is another work of art.  The mural celebrates the earlier days of Nashua.  Holman Stadium, which is prominently displayed in the mural, is the stadium the Nashua Dodgers played in.  It is still in use to this day.  It is now the home of the Nashua Silver Lights of the Futures Collegiate Baseball League.

The mural is such a pretty work of art.  Unfortunately, it has sustained some damage due to people defacing the artwork. 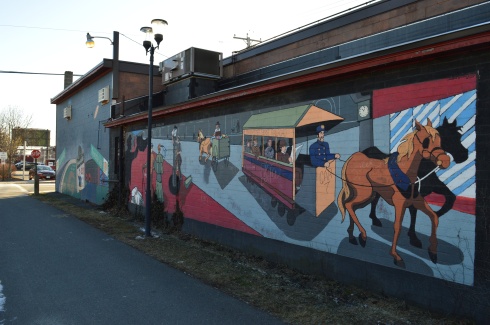 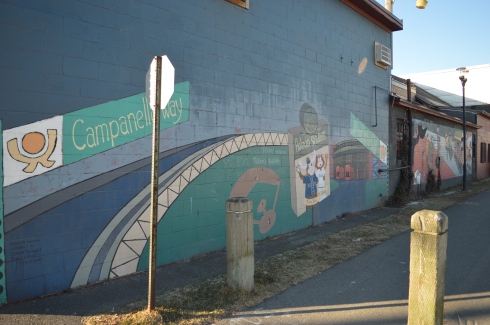 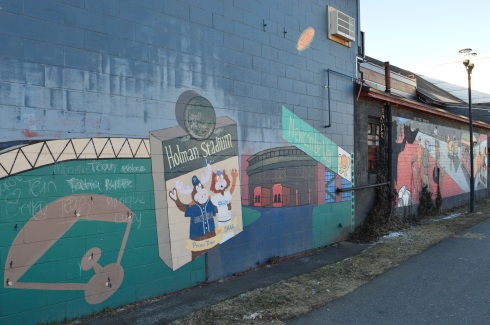 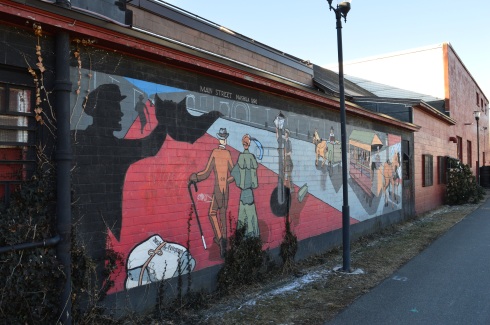 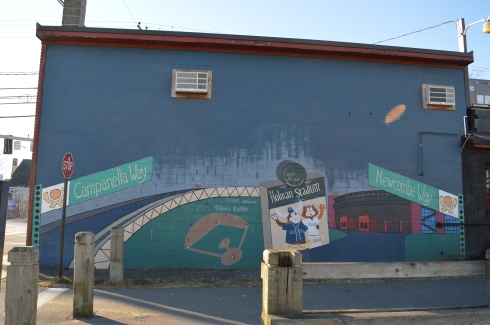 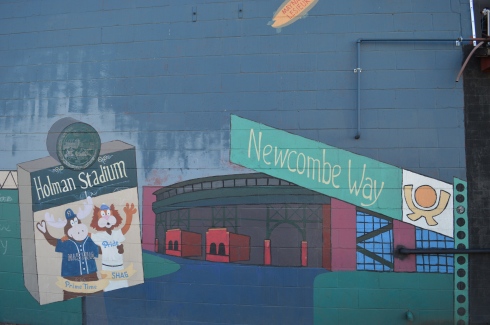 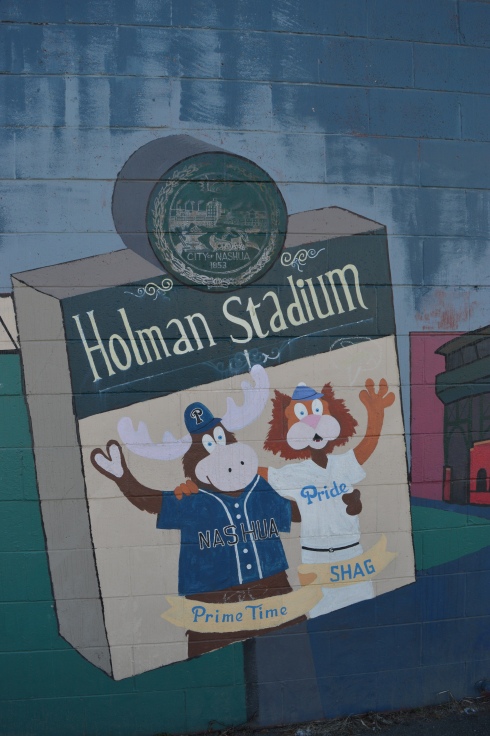 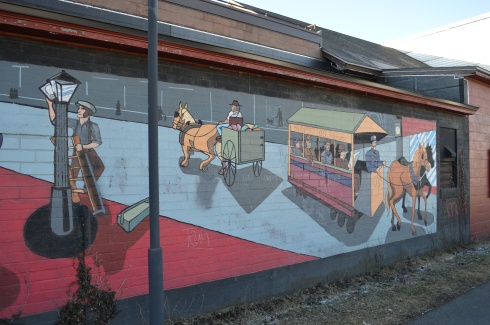 Below is a walk through of the mural on the side of the building.