Parking: Parking is difficult.  There is no parking area and the road is pretty narrow.  So, pulling over isn’t recommended.  I found a parking lot around the corner from the tower on South St.  There is also a parking garage on South St.

Highlights: 38 foot tower built as a tribute to the Norse 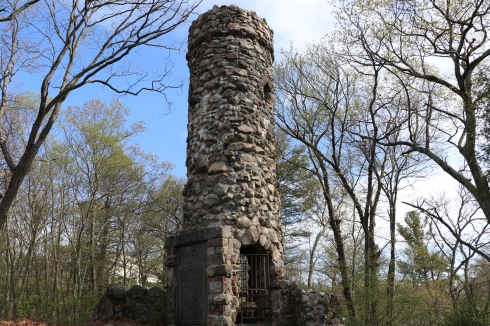 Once considered part of  a Norse Village, Weston, MA, has a very special tribute lying just across from the winding Charles River.  While the stone tribute still stands there to commemorate the suspected Norse village of Norumbega (a legendary Norse fort city), the name of the area is no longer.  Weston must have been easier to pronounce.  To preserve the Viking history of the area, the tower was built on that ground as a tribute to the Norse history.

Legend has it that Eben Norton Horsford, an American scientist best known for reformulating baking powder (thank goodness for that), was convinced Fort Norumbega.  Horsford was convinced Leif Erikson had discovered America and this drove his interest in Norse history.  He commissioned several works to commemorate the Norse explorer and the Norse people.

Erected in 1889 , Norumbega Tower is a hidden gem located just west of Boston, MA.  The tower stands 38 foot tower and is made of mortared field stones with a stone spiral staircase.

A locked gate prevented access to the he tower, which has a spiral staircase inside the structure.  I am not sure if it is open certain times of the year.  There is also a  bench near the tower and the path to the tower is paved.  It is amazing how, after all of our extreme weather and other elements, the structure still stands.  They just don’t make stone towers like this anymore. 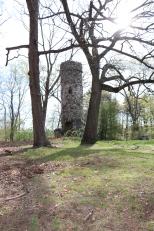 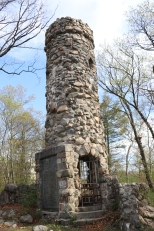 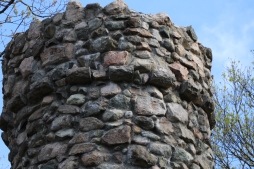 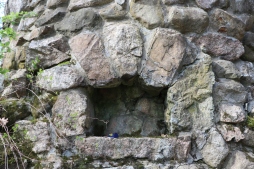 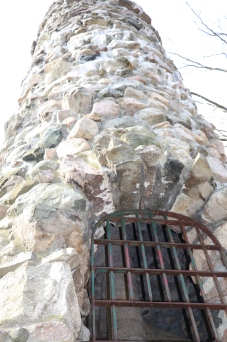 The following is written in the  inscription on the tower:

REGION OF VINLAND WAS SUBJECT

AT, AND NEAR WATERTOWN

EXTENDING FROM RHODE ISLAND TO THE ST. LAWRENCE

AT BASE OF TOWER AND REGION ABOUT

WAS OCCUPIED BY THE BRETON FRENCH IN THE