Dates Of Exhibit: Unfortunately, the exhibit is no longer at the museum.  It was such a big attraction, I wouldn’t be surprised if it did come back at another time, though.

Handicapped Accessible: Yes, the Norman Rockwell Museum is one of the more handicapped accessible places I have been to

Highlights: animations, drawings and collectibles from the Hanna-Barbera cartoon collection

As I walked along the various drawings of my childhood, it was like walking down memory lane.  I could envision the shows I loved so dearly.  All I needed was a bowl of Cap ‘N Crunch and a glass of O.J.  and my footie pajamas and it would have been just like my childhood.  OK, I still might have a pair of footie pj’s.

The popular shows were represented of course. 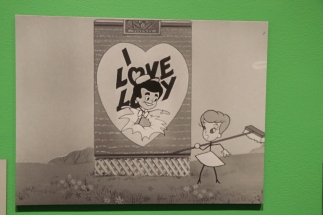 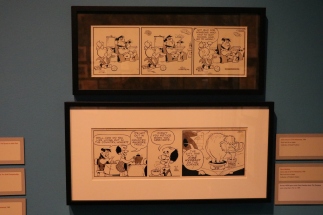 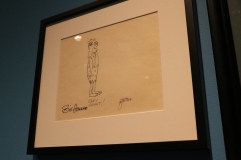 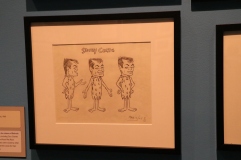 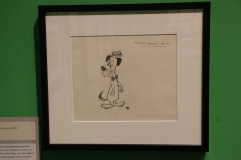 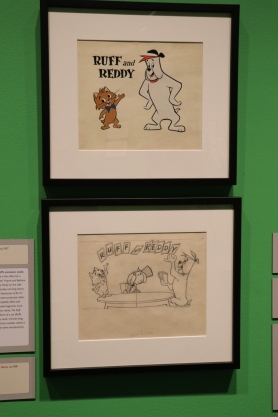 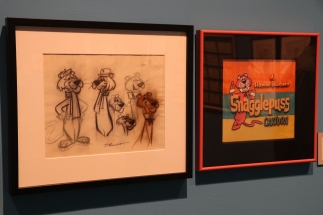 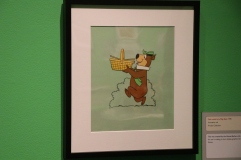 But, what was great about the exhibit is how they showed some of the more obscure shows in the exhibit.  At least they were obscure to me.  In fact, I didn’t even remember some of the shows they featured until I saw them at the museum. 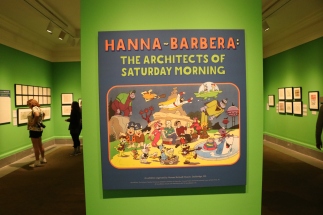 There was also a television playing a short documentary about Hanna-Barbera playing on a loop for visitors to watch as they checked out the comics and there was a scavenger-like game kids could play with their parents to find certain characters in the drawings at the exhibit.  Also, an employee gave an informative tour of the drawings and collectibles. 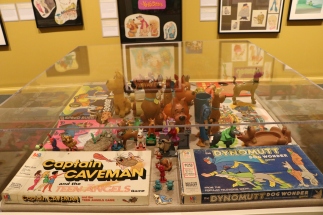 Here’s a fun fact.  Well, it;s a fact.  Not sure if it is “fun” our tour guide told us how Jackie Gleason almost stopped the Flintstones from happening.  Apparently, Gleason watched an episode and he noticed how the story lines, the shows basic setup and characters were essentially the same as his show, The Honeymooners.  But, even though he would have had a case in court, he stopped short of stopping the show because he didn’t want to be known as the guy who stopped the Flintstones show.  Nowadays, every show seems to mirror The Honeymooners.

The exhibit was organized so neatly.  It encompassed three spacious rooms and each inch of the walls seemed to be covered with a drawing or card with information on it.  Yet, the art work didn’t seem cramped.

I would have to say seeing some of the drawings from the more obscure shows like “Jabber Jaws” and “The Ed Grimley Show” brought back some of broadest smiles if “I must say” (I actually liked the Joe Flaherty segment of the show when he played the “Count Floyd” character best).

I hope I was able to make you smile on this Tuesday!

What were some of your favorite shows from the drawings above?