Parking: There is a large parking area for about a couple dozens cars next to the trail

Part of the 2,000 acre Ender’s Fall State Forest, the waterfalls at Ender’s Falls is one of the most photographed and highly regarded waterfalls in all of Connecticut, if not New England.  Although I enjoyed the falls at Wadsworth Park, I think I would agree.

There are 5 waterfalls at Ender’s Falls. 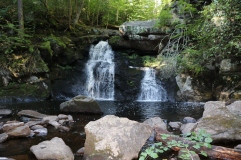 The hardest part of photographing Ender’s Falls is finding the waterfalls.  Some are pretty easy to find, particularly the first one at the end of the entrance to the park. 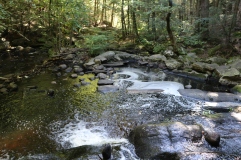 However, due to how the sound travels and the lack of ability to view some of the stream from higher ground, it’s hard to determine what may be a gushing waterfall and what is just the sound of water running along the stream.

And, let’s talk about the paths to the stream.  Due to the steep decline of the terrain and the fact it had rained the previous day, it was no joke going down the side of the trail to get to the stream.  So, while the main trail on higher ground is easy with some moderate inclines and a few downed trees, if you choose to travel closer to the stream, it can be difficult.  In fact, I stumbled upon this news story about the dangers of the trails at the park.  But, I’m a trained professional.  So, I was alright.  Follow the pink tags to stay on the trail. 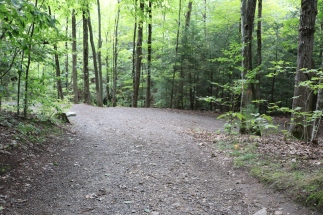 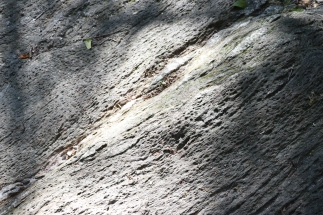 The rocks and trees by the waterfalls have some amusing, interesting and heartfelt graffiti on them. 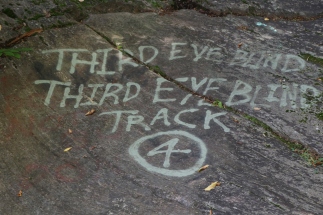 The graffiti in the first photo (top left) on a rock high above the stream refers to track number 4 on the self titled “Third Eye Blind” cd.  I’ll let you Google that for a sec.  Even the casual Third Eye Blind Fan knows what the song is.  The second and third photos (going clockwise) include a phrase that refers to a TLC song.  You get it.

Ender’s Falls is a truly beautiful place, particularly with summer quietly coming to a close and fall starting to make an entrance.  There truly is nothing more beautiful in New England than the blending of these two seasons.  I love it and I look forward to more colorful photo shoots in the upcoming weekends! 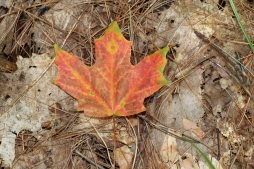 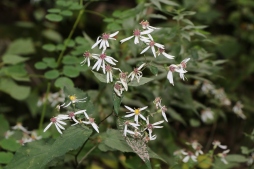 My only gripe is how the trail at Ender’s falls just seems to stop at both ends of the trail.  And, to be fair, it’s not just something that I have noticed at Ender’s Falls.  In fact, it’s fairly common.  Due to the developments in the area and the obvious barriers such as roadways that have been constructed, the trails just seem to end without warning.  I can only imagine they went on for much longer distances in the past.  At least at the end of the trail to the right of the entrance stops at the bridge, giving you some warning ahead of time.  There is a narrrow path in the brush at one end.  But, it didn’t seem to go anywhere. 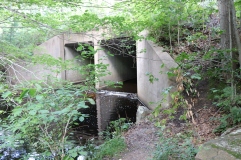 When you can get down to the stream safely, I do recommend it, though.  The closer view does offer some pretty views. 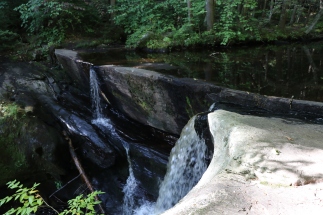 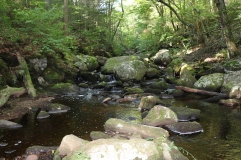 Ender’s Falls is a great place to take your pooch.  But, it may be too rocky and difficult terrain for some older dogs. 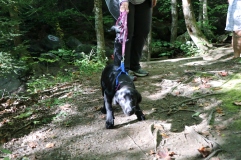 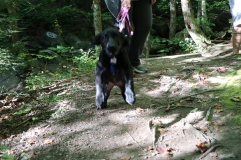 Below are some videos of the mighty waterfalls:

This is a video posted by YouTuber Just Living  who is clearly braver (or crazier) than I am!

Parking: There are several parking areas.  The best place to park for the dog park is behind the big soccer field at the end of the road at the main entrance.

The D.O.G.G.S. part of Granby D.O.G.G.S. Park may stand for Dog Owners of Granby Getting Social.  But, it seems like the dogs that tend to get social there!

The one acre park, which has been open since November of 2005, has tables, chairs and a bench for dog sitter and guardians to sit and lovingly watch their dogs.  The park also has toys and a water source.  While dogs are allowed off leach at the park, they must be able to follow voice commands.

The large park, which has mulch over most of the park, gives dogs of all shapes and sizes lots of room to roam and chase each other and trees to play hide and seek. 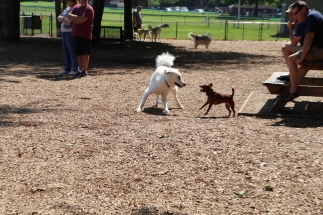 During my visit to the dog park, there was a “Canine Swim” fund raiser at the pond in Salmon Brook Park, just a short walk from the dog park.

A $10 fee was charged for each dog that wanted to play in the water at the pond.  The funds were being raised to put toward maintenance of the dog park.

The dogs loved running around and into the pond. 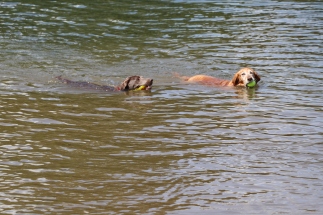 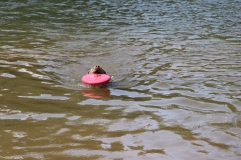 Some of the many beautiful dogs I met at the dog park and fundraiser are shown below: 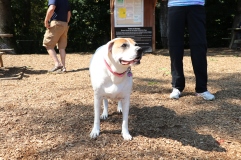 Roxy is a 12 year old mixed breed.  She is a therapy dog who likes to visit children, the elderly and anyone else who needs a little “dog therapy.”

Cooper is a 7 month old Boston Terrier.  Cooper has complete heterochromia; he has two different colored eyes (his left eye is blue, his right eye is brown). 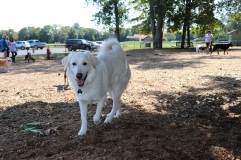 Gabe is a Great Pyrenees.  His guardian wasn’t sure what his age was exactly.  He and his parents found him on the side of the road and decided to take him in.

Heidi is an 8 year old Golden Retriever.  She loves to “retrieve”.  Get it!? 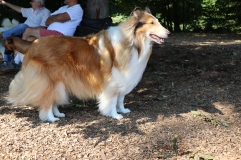 Molly the is a 5 year old Collie.

The aptly named Bear is a one and half year old Newfoundland.

Today’s featured link is a blog post by Out And About Mom about Salmon Brook Park, where the dog park is located.  I have featured Out And About Mom on my blog before.  She tends to blog about Connecticut attractions exclusively  and she does a great job in her posts.  Her post about the playground area at the park can be found here.