Parking: Free ample parking is located at or near the Mallory Building parking lot 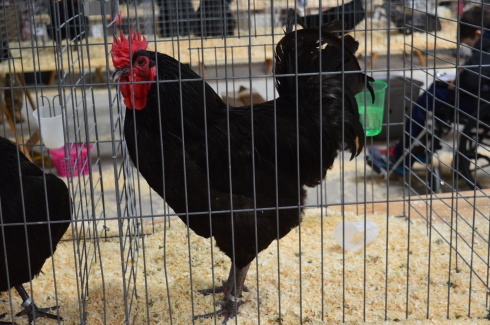 Duck, duck, chicken?  That is the theme at the Northeastern Poultry Congress this weekend at the Eastern States Exposition Center in West Springfield, MA.

The poultry congress has chickens and other poultry of all kinds. 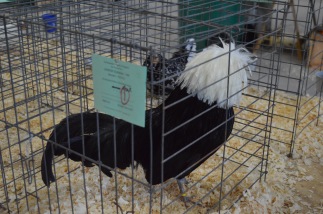 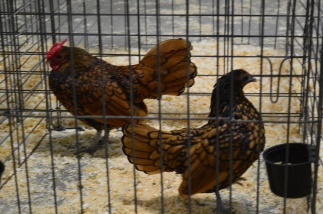 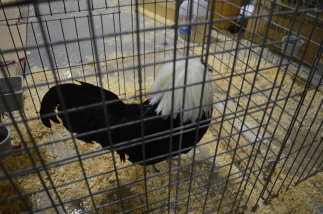 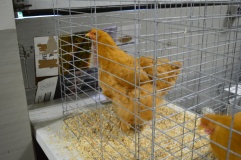 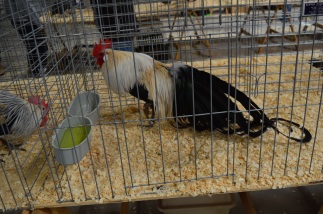 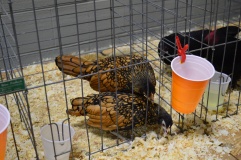 In fact, there were rows and rows of chicken being displayed and/or sold. 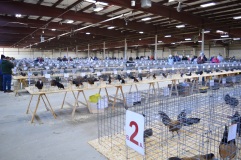 I had never considered the beauty of a chicken, or other fowl, before.  They really are beautiful and interesting looking.  The chickens and other poultry were available for purchase and somee were being judged.  Adults and children could be seen carrying chickens for purchase.  I  was surprised how the chickens and other fowl didn’t seem to resist or peck when they were being held (always with their face toward the persons body).

There were also chicks in an incubator.

These turkeys made it through the holiday season.

There were also events for children such as an event where the children both judged and exhibkited different poultry.

Concession stands were also available, although I didn’t see fried chicken on the menus.

There were also vendors selling art, nick knacks and other items.

The poultry weren’t the only cute animals at the show.  One of the vendors brought her own little pet with her to the show. 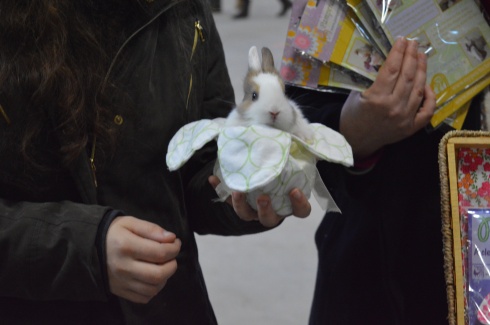 The Northeastern Poultry Congress usually only stops by the Eastern States Exposition Center once a year.  But, you may be able to catch it at other venues throughout the year (refer too the web site shown above to see if it is stopping by a venue near you). So, don’t be a chicken!  Stop by and visit the lovely poultry if you do notice it is in your area.