Parking: Not for long

Hours: Not many more left

Like a lot of the biggish towns that many of us grew up in, Quincy, Massachusetts has seen a lot of changes over the years.  Businesses have come and gone.  But, the one thing that has remained a staple of the area for so long may seem rather mundane, a parking lot.  As funny as it may seem, it is the one place most everyone has been to, either in their car or their friend’s car.  Or, for some other reason people may not want to divulge.

The demolition of the garage, slated for the end of May, is just another example of the changing face of the Quincy landscape.  The three story garage, which has 700 parking spots and has been around since 1984, will be replaced by a hotel.  Even though it’s just a garage, and not a very state of the art or pretty one at that, it represents the changing of the city.  And some people are pretty shook up about it for some reason.

Since the garage was blowing demolished sometime in the near future and  the garage was being closed for good May 23, the city organized a block party and let some of the artists in the area paint some murals and art work on the walls of the garage the weekend before the garage was officially closed.

I caught this artist working on his mural 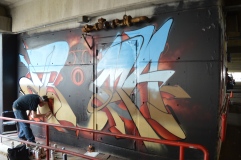 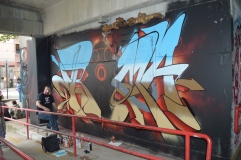 Here is the end result of all of his work

On the other side of this wall, I found this cool Quincy themed mural. 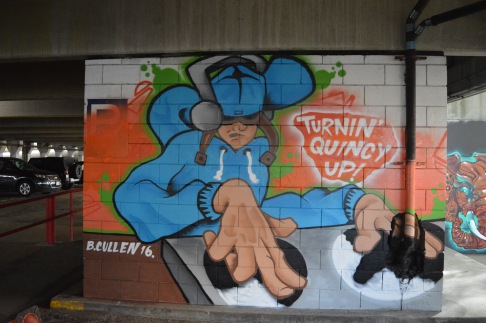 The road next to the garage was blocked off to traffic so people could congregate and enjoy the art work like the murals and art below. 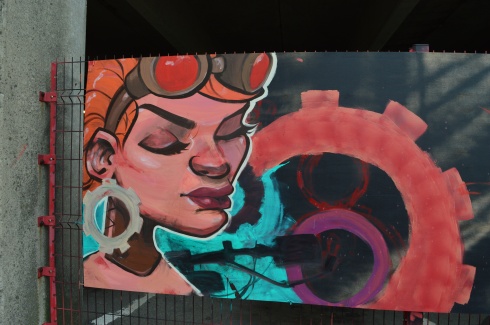 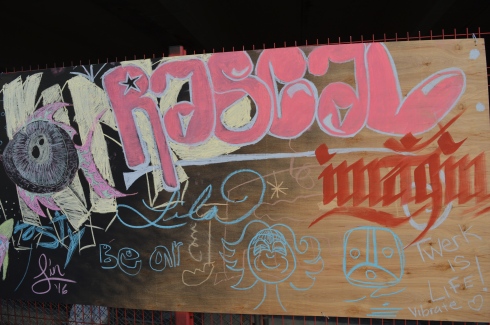 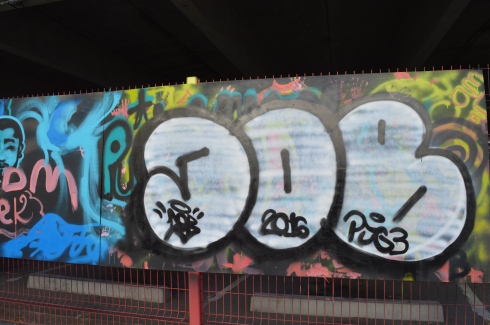 Even the little kids at the block party got into the action. 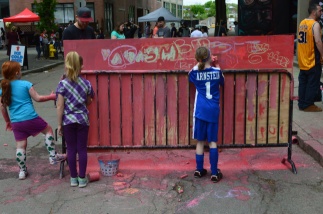 The paintings in the upper levels of the garage were more graffiti than artsy. 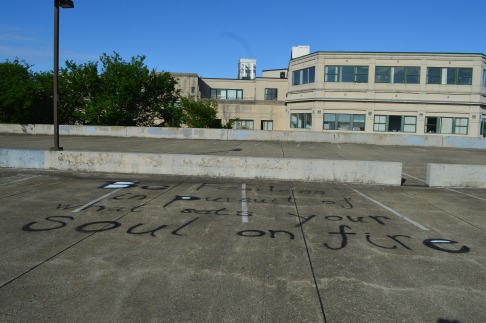 I didn’t realize just how creepy abandoned parking garages can be until I went to photograph the Ross Parking Garage on its last day.  It just doesn’t seem right. 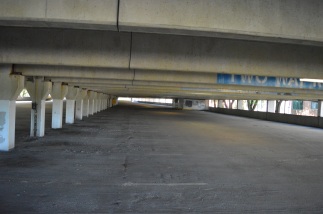