Named after Frank Winsor, the chief engineer of the construction project, the Winsor Dam section of the Quabbin Reservoir is a mecca for nature lovers, outdoors people and anyone who just wants to get out for a walk along the largest inland body of water in the Commonwealth of Massachusetts. 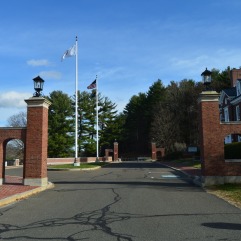 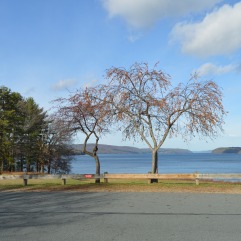 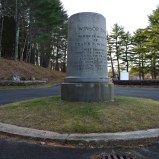 If there is one word that best describes the Winsor Dam it would be peaceful. 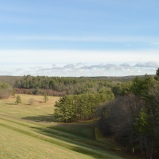 I missed the foliage season.  But, you can still see the colors peaking from the tree tops.

The staff at the Quabbin Reservoir use these boats as part of their gull harassment program to limit the pollutants from the birds.

Located about a half an hour from Springfield, MA and an hour and a half west of Boston, MA, Quabbin Reservoir supplies water to three towns west of the reservoir and acts as the backup supply for three other towns.  There was a seasonal fall breeze during my visit which created pretty ripples on the water. 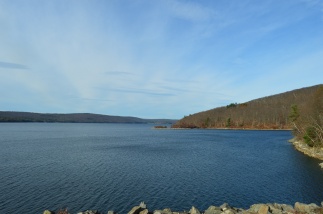 Quabbin Reservoir is expansive (it has an area more than 38 and a half miles).  It is separated by different dams and sections.  There is a pretty walking bridge that you can use to visit some of the other areas.   There are some great views from the bridge. 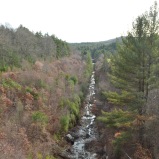 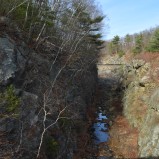 The distance between dams are more than a mile.  So, it is often a good idea to drive to the different parts of the reservoir.

One of the many great things about the area is that after you cross the bridge there are trails and a creek which people use to fish.  I got my first two ticks of the season taking these photos, so you’re welcome! 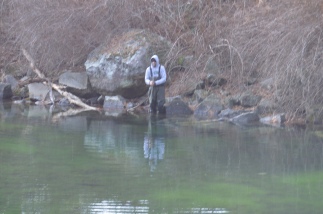 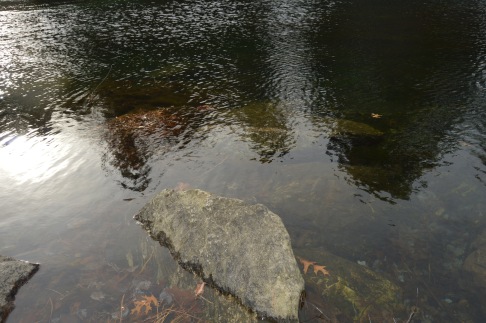 The water is green in some places and it is so clear you can see the trout and other fish that inhabit the water.

There are also a variety of bird life at Quabbin Reservoir.  I caught these titmouse on the trail (ok I laughed a little when I wrote that) 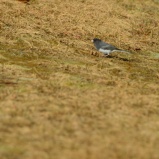 Dogs aren’t allowed at Quabbin reservoir.  I did see one dog that was “in training”, though.