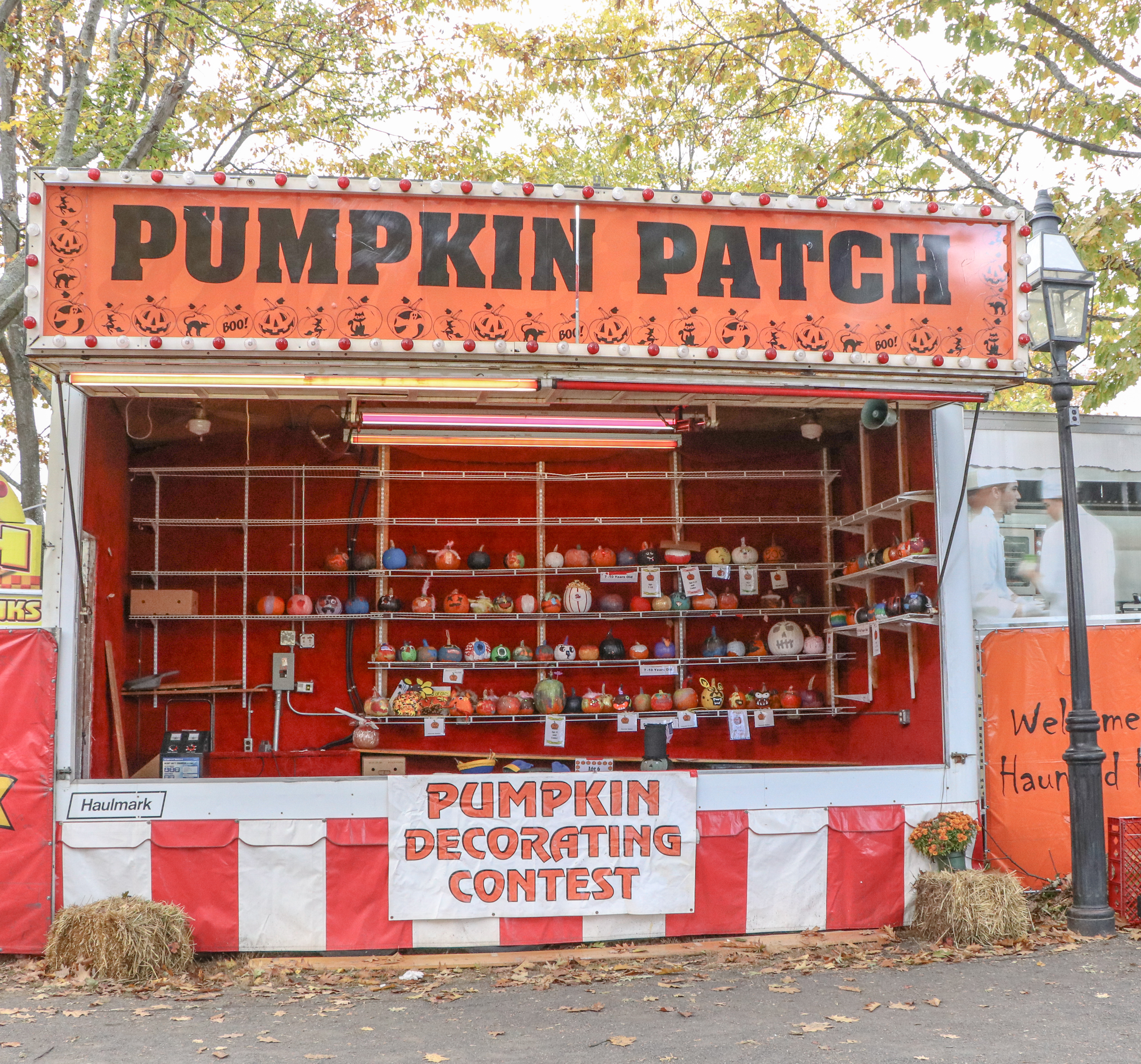 What would Halloween be like without decorated pumpkins?  That is a question I ask myself each Halloween.

Every Halloween I make sure to view and photograph the Pumpkin Patch.  It’s a Halloween tradition.  Yet, every year I go I am always expecting that it will not be there.  And I am sure that will be the case one year.  But, for now, the pumpkins are on display every year at Salem Common during the Halloween season.

Over 100 local Salem students, including some from Carlton School, Bates School, and YMCA, participate in the contest.  They are grouped by age group

Pictured below are some of my favorites. 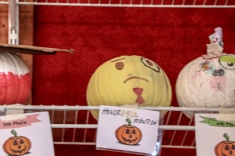 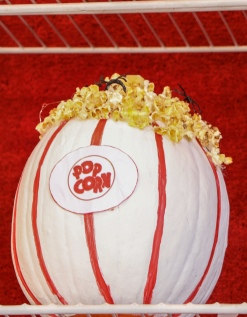 The pumpkins are usually on display until Halloween.

Not only were pumpkins were dressed up for Halloween.  People and their pets were also dressed up as their favorite characters.

It turns out she really did miss the scarecrow most!  I’m glad they’re back together again. 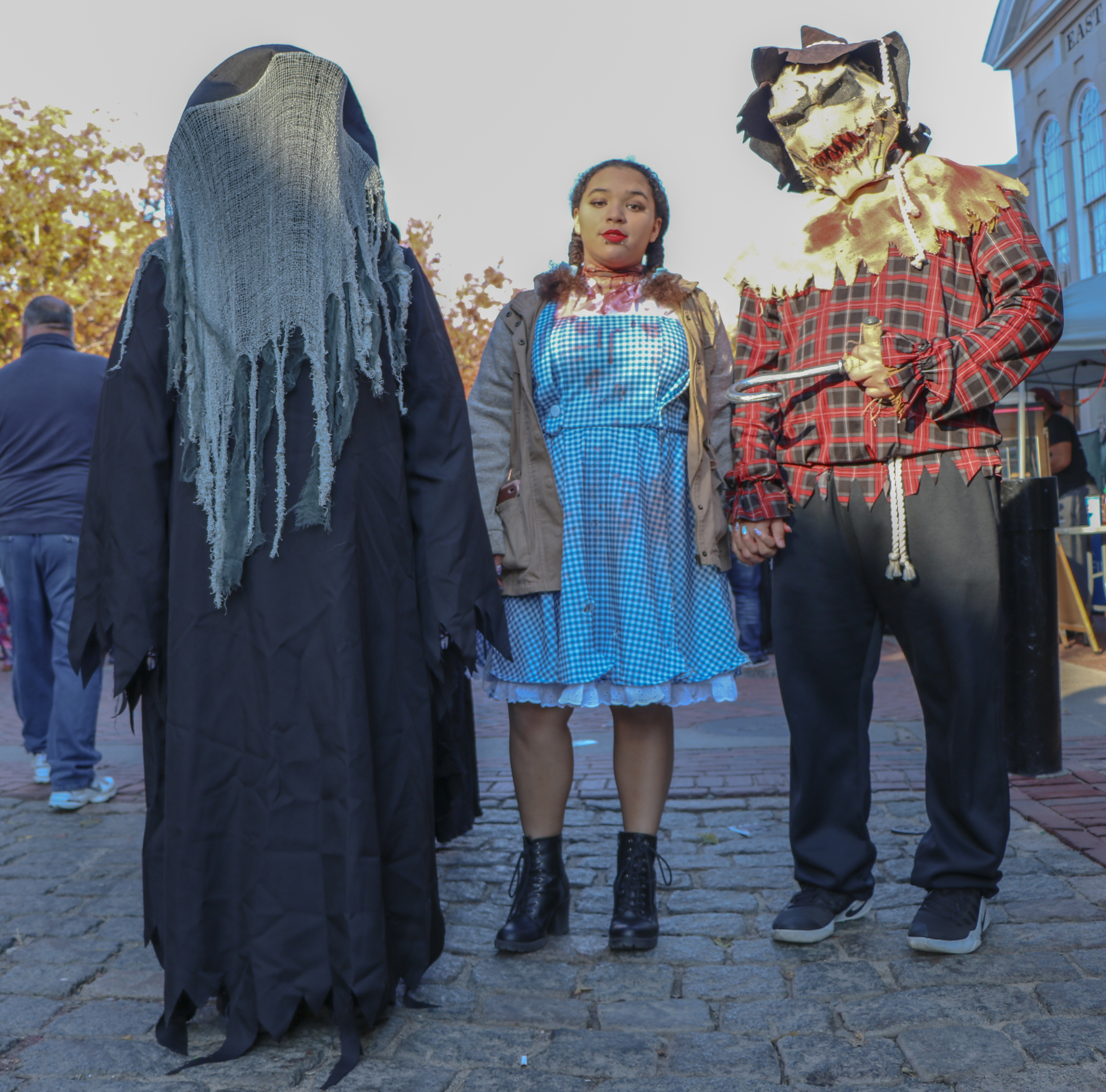 I wasn’t sure who these people were dressed up as.  But, I thought they had cool costumes.  It turns out they are dressed up as characters from the television show, Dr. Who.

Skeletor and He-Man mixed it up on the streets of Salem!

There were a lot of cute couples dressed to kill! 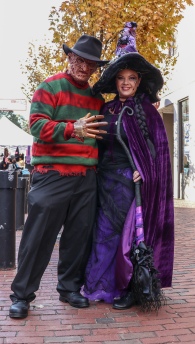 Sometimes the best costumes are the ones that include a group of people or family.

I loved the face painting and hats on these costumed revelers.

Even though this may look like a statue or decoration it is an actual person or hay person.

These people look like they put a lot of time working on their costumes. 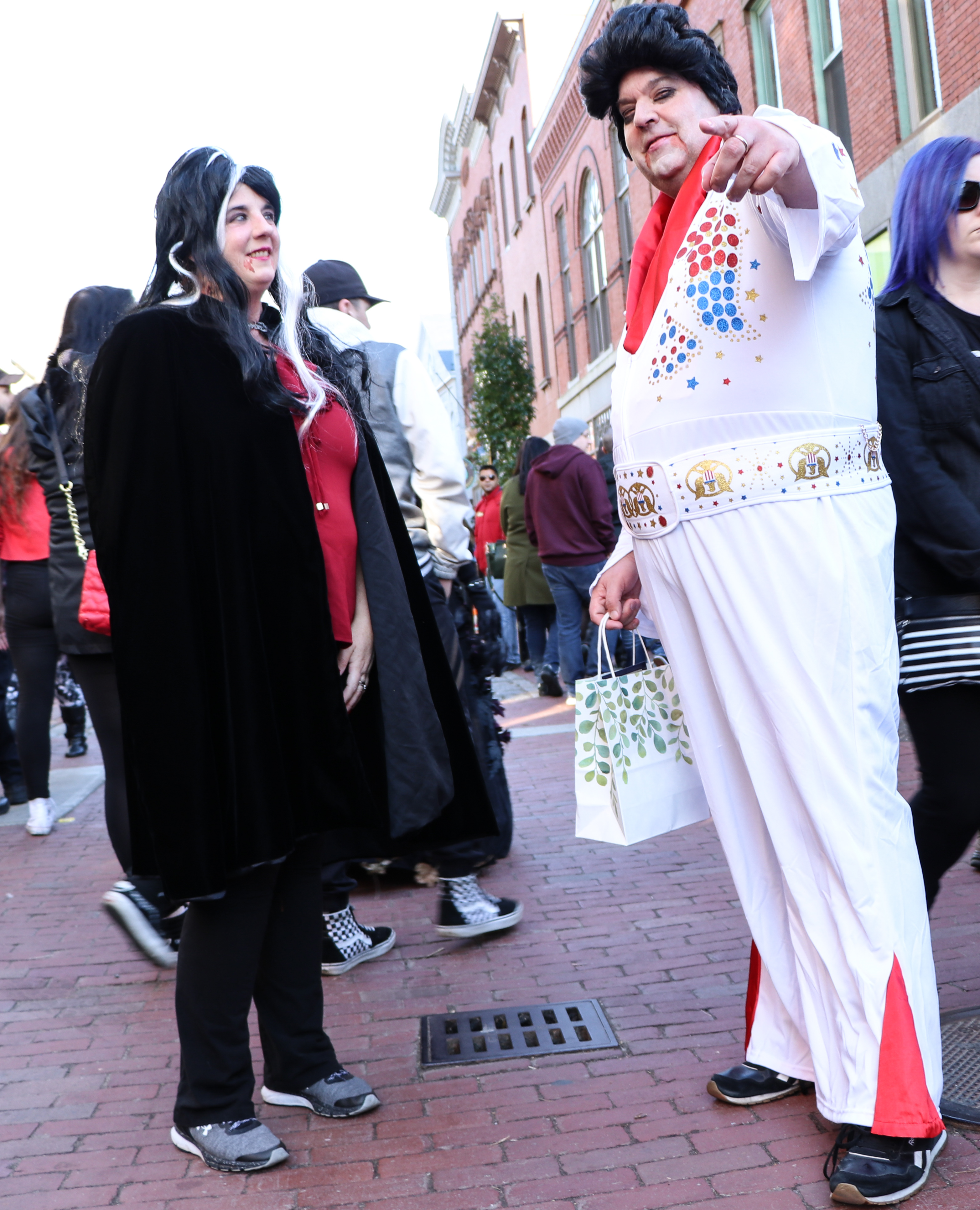 This Lady bug is Holly, a 3year old pitbull lab mix, all the way from Nashville. 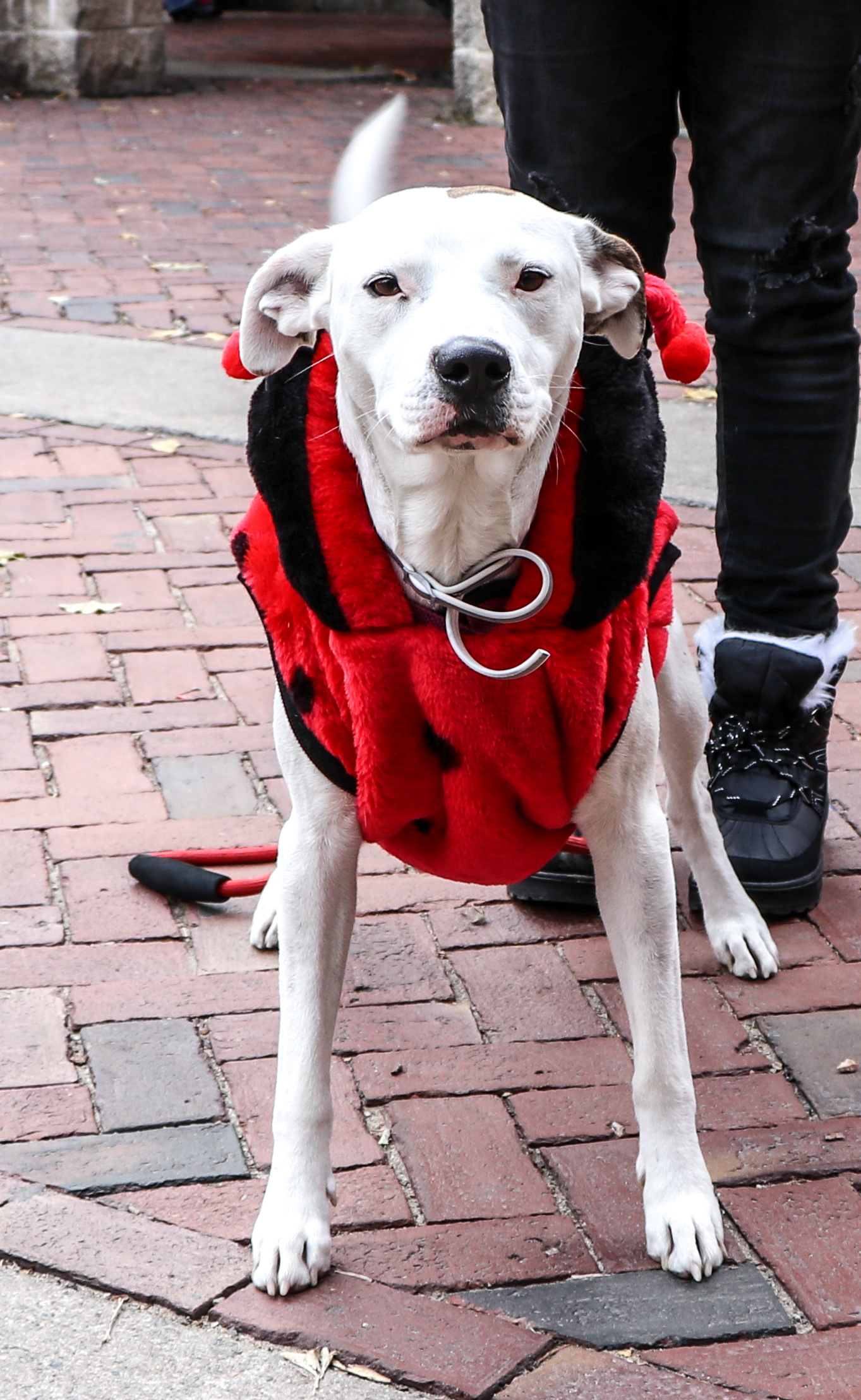 Highlights: pumpkins decorated by kids in the Salem area

When you ask people about the biggest attractions in Salem, especially this time of the year, you’re bound to hear responses like the Salem Witch Museum, the Essex Street Open Market and, of course, The House Of The Seven Gables.  Yet, sometimes it’s the little things that bring you the most joy.

I used to stop by this rather nondescript “pumpkin patch” for kicks to view the pumpkins decorated by students and children from the Salem area.

Now, it is more of a tradition.  A habit if you will.  What would Halloween be without this display?  I know one day it will not be set up and, while many people may not even notice, I’ll feel a twinge of disappointment.  But, for now, I’ll enjoy it while it’s still there.

Roughly 150 students participate in this annual contest.  The entries are sectioned off by grade or age level and winners are selected.  According to the news outlet Patch.com, the Pumpkin Decorating Contest is held every year and sponsored by the Salem Beautification Committee. Prize money is usually donated by Fiesta Shows. 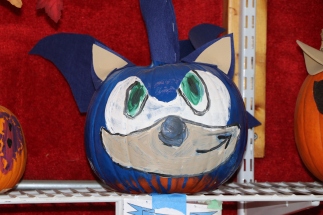 Do you have any favorites?

Of course, Salem is overflowing with dogs, particularly since we’ve had such a mild fall thus far.  Charley, a 4 year old T Cup Chihuahua, got into the spirit of the season with his bumble bee outfit. 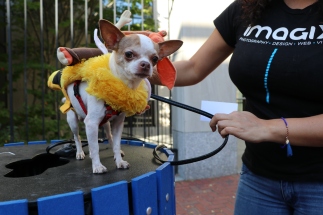 He also had a toy that went with his outfit.