The historical homes of Salem help give the city a quaint feel.  You almost feel like you’re stepping into the pre-Colonial and Colonial days of New England as you traverse these historic areas. They also help keep the city connected to its past.  The homes of Salem range from the wood houses to the brick structures you see scattered around the city.  But, they are all beautiful in their own right.

There are 46 homes listed on the national register of historic homes in Salem, MA.  Don’t worry, I only photographed a few of them.  Let’s start with the John Ward House.  John Ward was a currier (a leather finisher)

The John Ward House, now owned by the Peabody Essex Museum, is an example of First Period architecture.  Originally built at a different location (St Peter Street, only a few blocks away from its current location) in 1684, the house had many renovations over the years.  It is located just down the street from the Salem Witch Museum. 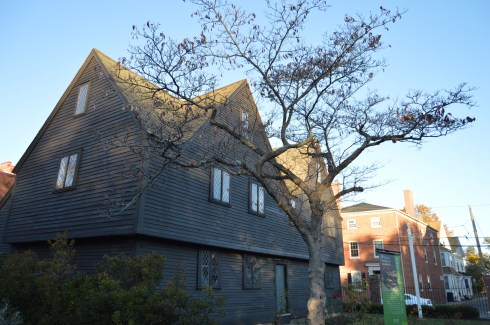 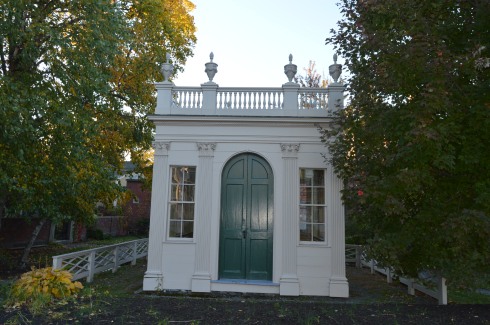 The Joshua Ward House, located closer to the Salem district area, has a more sordid history.  It is built on the same land as the birthplace of the former Sheriff George Corwin.  Corwin is known for his overzealous involvement in the questioning and torture of accused witches during the Salem Witch Hysteria.  The house is said to be haunted by Corwin. Additionally, George Washington is said to have spent a night there in 1789.

The Corwin House, also known as the “Witch House” is located a little farther away from the center of town on Essex Street.  It is the house where accused witches were allegedly tortured in the hopes they would confess.  The fact these accused witches could withstand some of his tactics such as strangulation and still held their innocence is testament to their strength and integrity.  Naturally, this house is said to have paranormal activity. 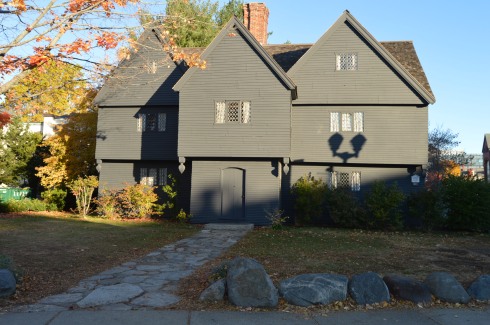 There are quite a few houses on Brown Street that have a pre-Colonial or Colonial look to them.  Many of them are decorated for the holiday season.  Here are a few 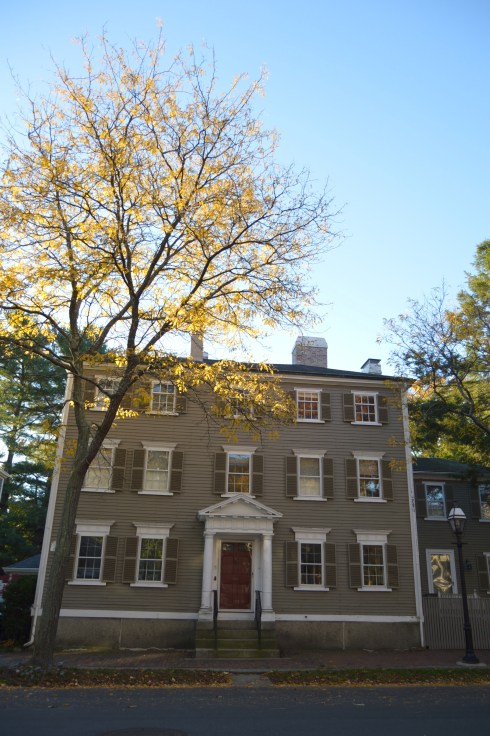 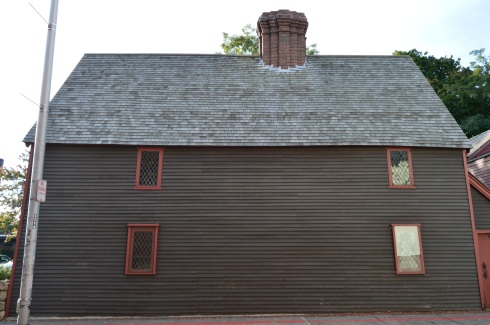 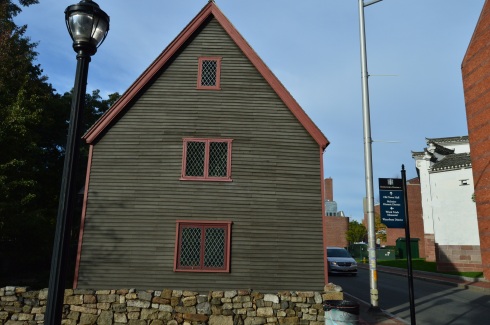 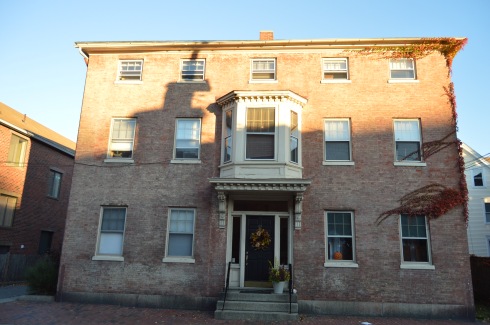 Closer to the wharf, there are a cluster of historic homes.

This home was built in 1843 by Johnathan Whipple

This home, belonging to Penn-Townsend (a mariner), was built in 1771. 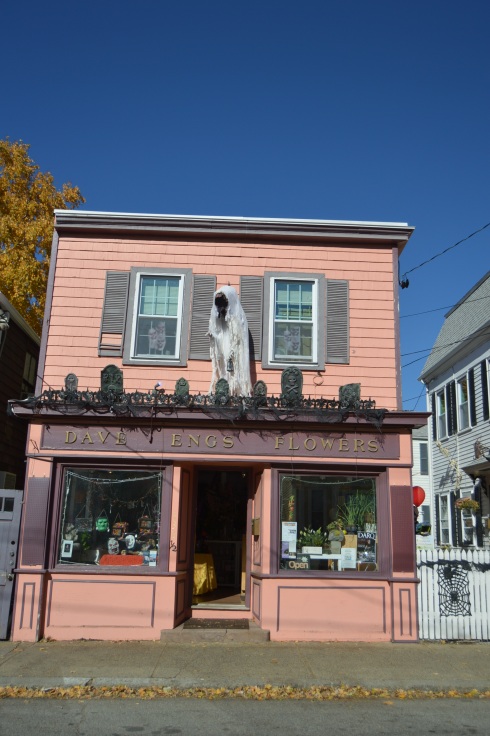 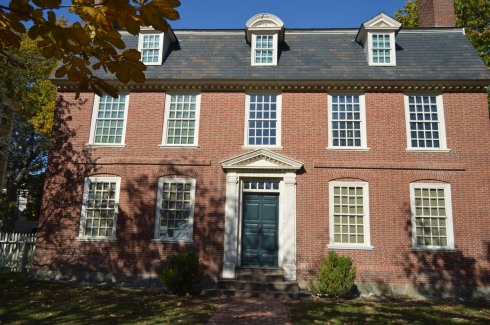 Along Derby Street, there are a few historic homes, directly across from the wharf.  The Custom House remains in its original location there.  A park ranger stands at the base of the stairwell (on your right).

The Hawkes House is the former home of Benjamin Hawkes, a ship builder and prominent resident of Salem. 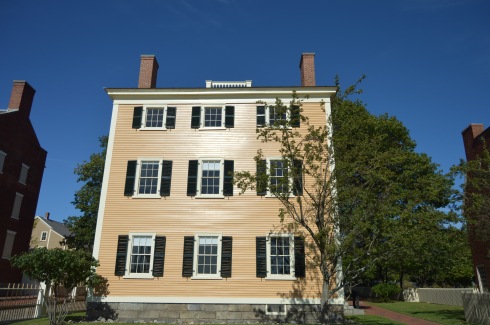 Of course, this is one of the most famous buildings in Salem, Massachusetts.   There was no photography allowed in the House of the Seven Gables.  So, I did not go in as I have already been there several times and the only reason to go on a tour this year would be to photograph the inside of the building.

There are also some pretty inns adjacent to to The House of the Seven Gables. 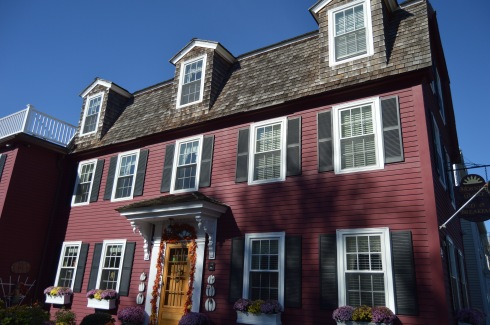 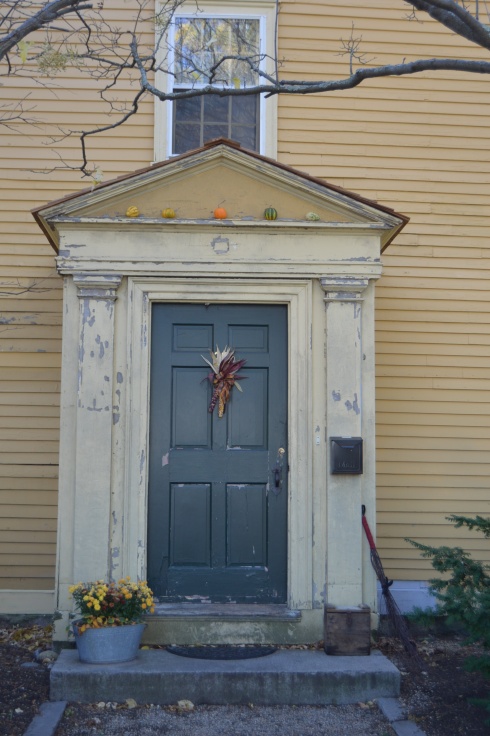 But, the really impressive homes were on Chestnut Street.  This house was built in 1850 for Francis Cox, a merchant.

Some of the neighbors did not take kindly to my photography.  But, I carried on.

Even the sidewalk and street are charming.

This house was built in 1832 for Elizabeth King. 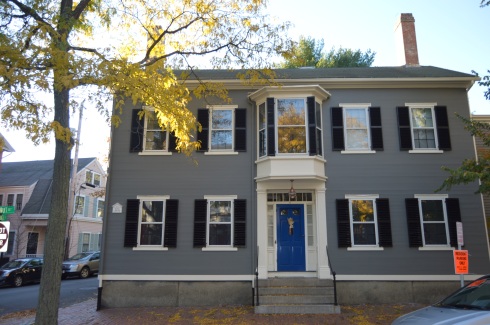 Many of the historic homes have been converted to residencies.  In fact, almost all of them seemed to be inhabitated either as homes, apartment buildings or inns.  This house was originally built in 1804 for Amos and Solomon Towne. 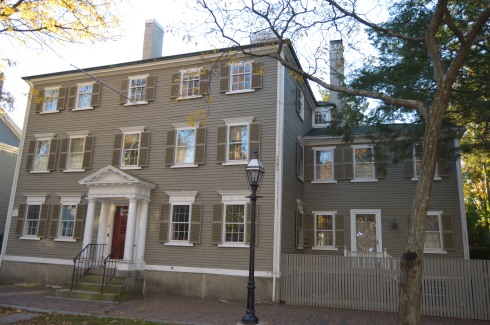 Some of these homes are so beautiful during the fall season.  I can only imagine how pretty they must look during the winter with freshly driven snow falling on the trees and walkways.

This was my favorite house on Chestnut Street.  It wasn’t as big as some of the other buildings.  But, it was cozy and cute.

It was originally built by Stephen C. Phillips.

I met Penuche (named after the fudge maybe?).

This concludes my journals from my trips to Salem, at least for now.  My next few blogs will deal with other parts of the wonderful New England area.

Hi I'm Wayne. Welcome to my blog. I am a true New Englander through and through. I love everything about New England. I especially love discovering new places in New England and sharing my experiences with everyone. I tend to focus on the more unique and lesser known places and things in New England on my blog. Oh yeah, and I love dogs. I always try to include at least one dog in each of my blog posts. I discovered my love of photography a couple of years ago. I know, I got a late start. Now, I photograph anything that seems out of the ordinary, interesting, beautiful and/or unique. And I have noticed how every person, place or thing I photograph has a story behind it or him or her. I don't just photograph things or people or animals. I try to get their background, history or as much information as possible to give the subject more context and meaning. It's interesting how one simple photograph can evoke so much. I am currently using a Nikon D3200 "beginner's camera." Even though there are better cameras on the market, and I will upgrade some time, I love how it functions (usually) and it has served me well. The great thing about my blog is you don't have to be from New England, or even like New England to like my blog (although I've never met anyone who doesn't). All you have to like is to see and read about new or interesting places and things. Hopefully, you'll join me on my many adventures in New England! END_OF_DOCUMENT_TOKEN_TO_BE_REPLACED
This entry was posted on Wednesday, November 4th, 2015 at 2:41 am and tagged with architecture, buildings, dogs, historic, Historical, homes, Massachusetts, New England, Photography, photos, Salem and posted in architecture, buildings, dogs, historical, history, homes, massachusetts, New England, photography, photos, Salem. You can follow any responses to this entry through the RSS 2.0 feed.
« The Statues of Salem (Salem, MA)
Callahan State Park (Framingham, MA) »