Parking: There are several parking areas.  The main parking area on Bare Cove Park Drive has room for about 40-50 vehicles

I made two visits to Bare Cove Park.  The first time I visited the park was July 28th.  I got there late on the 28th and the lighting was poor.  So, I stopped by two days later, Sunday, July 30.

As you can see by the photos, there are some beautiful sunsets at Bear Cove.  Unfortunately, the lighting wasn’t very good, though. 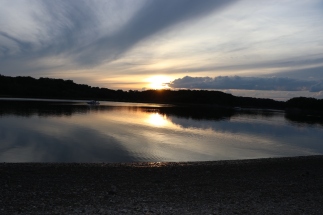 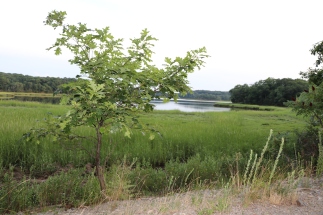 Once the site of a U.S. Naval depot (more on this later), Bare Cove Park now is the home to a variety of wildlife.  I found many birds during my visit.  There are also supposed to be fox, deer and other animals at the park.  I didn’t see any of them.  But, I did see evidence of them.

If you look closely at the little bird photo at the end, the bird has his or her lunch. 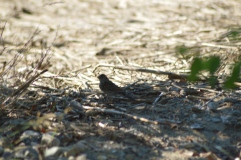 There was a crisp pre-autumn chill in the air when I made my way to Bare Cove Park.  It reminded me of the mornings you whittle away before the college and pro football games start.  But, I’d rather spend my day at Bare Cove anytime.

The views are simply amazing. 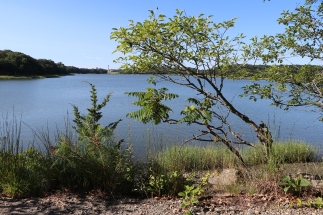 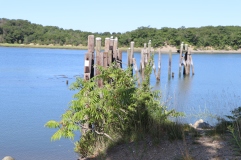 The thing that stood out to me mostly are the variety of pretty trees and flowers at the park. 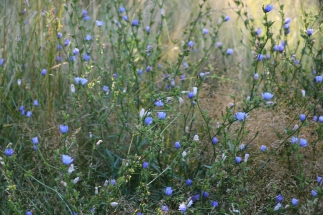 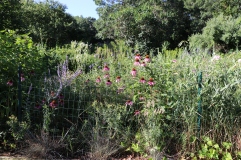 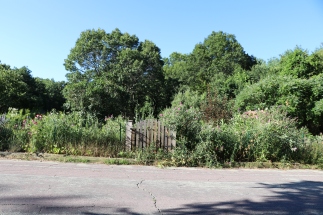 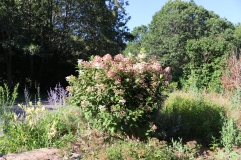 Bare Cove is only 484 acres and it’s very easy to get around, even without a map of the park.  Trust me, I didn’t even get lost and I always get lost.  The trails are easy with hardly any inclines and they are mostly paved if you stay on the main trail.

Because of its proximity to Boston, Hingham was considered an important location for the military to produce ammunition and other supplies during World War II.  The magazines, or manufacturing  buildings, ran 24 hours, 7 days a week and employed thousands of people at is peak.

The dock house (only open Sunday from 12-2) has a variety of items from World War II that were manufactured in this very same area.

There are also two memorials outside of the dockchouse as well as other items from the days of the hey day at Bare Cove.  The ammunition depot was closed in the early 1970’s.

The memorial to the left, lying vertically on the ground, is dedicated to the men and women who worked at the ammunition depot during World War i, World War II and the Korean Conflict.

The memorial to the right standing up is dedicated to naval crew members who were lost when some ammunition exploded on a ship they were loading. 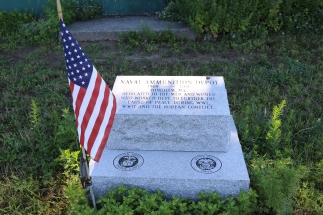 While dogs are allowed at Bare Cove the park is not considered a “dog park” per se.  All dogs are expected to be leashed or respond immediately to voice commands.  In my visits there all of these dogs fit into both or either category.

Here are a few of the cute four legged visitors at Bare Cove that I ran into during my visits.

Bronn, named after a Games Of Throne charcater, is a 9 month old Newfie.  His mommy was teaching to fetch. 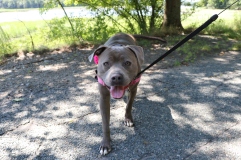 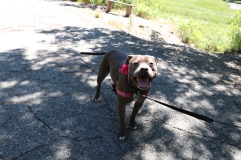 Tundra (on the left), a 2 year old Golden Retriever, just got finished with his swim and was getting ready to go home.  His sibling, Piper (on the right), didn’t want to leave..

During my first visit, on the 28th of July, I met a very nice lady with three dogs.

Sophia is a 6 year old chihuahua.

Lily is a 10 year old Lab and Collie mix. 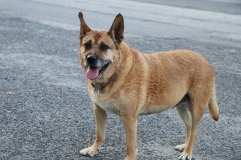 Below is a video of fireflies at Bare Cove Park.  The lack of light and various animal aand bird noises give it a little bit of a spooky feel.

Please consider joining my Facebook page for updates, additional photos, news and other fun stuff not included in my blog!

Today’s featured link is a link to a 30 minute documentary that explains the history of Bear Cove Park.  The documentary was put together by Scott McMillan, the very same man who gave me a detailed tour of the dockhouse.

Hi I'm Wayne. Welcome to my blog. I am a true New Englander through and through. I love everything about New England. I especially love discovering new places in New England and sharing my experiences with everyone. I tend to focus on the more unique and lesser known places and things in New England on my blog. Oh yeah, and I love dogs. I always try to include at least one dog in each of my blog posts. I discovered my love of photography a couple of years ago. I know, I got a late start. Now, I photograph anything that seems out of the ordinary, interesting, beautiful and/or unique. And I have noticed how every person, place or thing I photograph has a story behind it or him or her. I don't just photograph things or people or animals. I try to get their background, history or as much information as possible to give the subject more context and meaning. It's interesting how one simple photograph can evoke so much. I am currently using a Nikon D3200 "beginner's camera." Even though there are better cameras on the market, and I will upgrade some time, I love how it functions (usually) and it has served me well. The great thing about my blog is you don't have to be from New England, or even like New England to like my blog (although I've never met anyone who doesn't). All you have to like is to see and read about new or interesting places and things. Hopefully, you'll join me on my many adventures in New England! END_OF_DOCUMENT_TOKEN_TO_BE_REPLACED
This entry was posted on Monday, August 7th, 2017 at 1:25 am and tagged with Bare Cove Park, birds, dogs, flowers, Hingham, Massachusetts, New England, photographs, Photography, photos, scenic, trees and posted in Bare Cove Park, dog, flowers, Hingham, historical, Massachusetts, New England, photographs, photography, photos, scenic, trees, Uncategorized. You can follow any responses to this entry through the RSS 2.0 feed.
« Buttonwood Farm (Griswold, CT)
Revere Beach International Sand Sculptures (Revere, MA) »